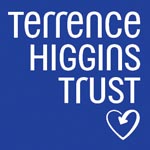 The new service will be funded by the local NHS and delivered by trained NHS staff.

The change to local services follows a consultation process by Terrence Higgins Trust and the Claude Nicol Centre. The consultation found that some gay and bisexual men, particularly those who might be into the harder sex scene or who use recreational drugs during sex, may have additional or specific needs in supporting their sexual health.  Clinic M will create a space where men can talk freely about these aspects of their sex lives so that they can make informed choices about their sexual health.

The services available at the new clinic will be specially designed to meet the needs expressed during the consultation process.

The clinic will also cater for men who feel confident about their level of sexual health knowledge and test frequently, but would like quick and fuss-free access to screening for sexually transmitted infections (STIs). Rapid HIV tests, self-administered swabs and a refined pre-testing discussion will all help to ensure men get a quick and accessible service.

“Regular STI screening is an important part of keeping on top of your sexual health and reducing onward transmission of STIs. Clinic M will provide a space where men, particularly for those who might be into harder sex or recreational drugs, can be open and realistic about their sex lives without feeling like they’re going to be judged or lectured. We hope that by giving men access to quick STI screening and simple information when they need it, the new clinic will encourage more gay men in Brighton to come forward to test regularly for STIs.”

“Working in partnership with Terence Higgins Trust and patients has enabled us to modernise and update the Wilde clinic into Clinic M to provide a new sexual health service for Brighton’s men who have sex with men and address current issues such as increasing infection rates, club drug and alcohol use.”

Clinic M will run on Wednesday evenings from 5pm to 8pm at the Claude Nicol Centre, Abbey Road entrance. Drop-in slots are available in the first hour of the clinic, from 5pm to 6pm. Alternatively, men can call (01273) 664 721 to make an appointment.

The clinic adds to the existing range of sexual health services available for gay and bisexual men in Brighton, including THT’s rapid HIV testing service (including other STI tests) at the charity’s centre at 61 Ship Street on Mondays from 6pm to 8pm; the charity’s testing services at Brighton Sauna on Wednesdays from 6pm to 8pm; and the main Claude Nicol sexual health service, which is available for appointments and walk-ins throughout the week.