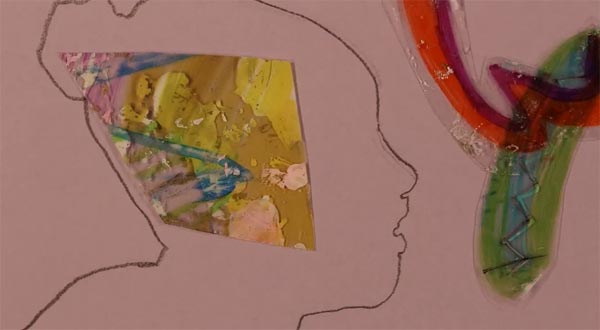 THE SIX-minute animation promotes the findings of SpeakOut – a national study led by researchers at the University of East Anglia’s (UEA) Centre for Research on Children and Families (CRCF).

The research focused not only on vulnerability and risk, but also on the strengths and resilience of these young people and the support offered by foster families and professionals working with them. It is the first and largest research project of its kind in England.

Six young researchers, who identify as part of the LGBT+ communities and had spent time living in care, made the film with UEA and the Creative Research Collective (CRC). They were keen to use their own experiences to help others in care, and to raise awareness of the needs of LGBT+ people in the care system and improve services.

The film was screened at a public launch event as part of Norwich Pride celebrations on Saturday, July 28.

The study itself involved interviews with 46 LGBT+ young people, together with 26 foster carers with experience of caring for LGBT+ young people. There was also a survey of 152 local authorities and focus groups with professionals, including social workers and those working in education and youth offending.

Lead researcher Dr Jeanette Cossar, of CRCF and UEA’s School of Social Work, said: “The responses from the young people in particular provide powerful insights into both their personal journeys and their varied experiences of services. Their contribution enhanced every stage of this project.

“We hope the film and the recommendations we’ve made for those working in the care system will lead to a better understanding of the issues facing LGBT+ young people in care and ultimately improve services and support.”

One of the young people involved in the project and featured in the film is Brett Service, from London. He said: “As a gay care leaver I got involved in this amazing project to improve services offered to both the current generation of LGBT+ children in care and care leavers, as well as any future generations.

“It is important that LGBT+ young people get the correct support from professionals involved in their care so they don’t feel alone, unwanted or unsupported. In this project we have all been able use our expertise as care leavers as well as our expertise as members of the LGBT+ communities to advocate on behalf of other young people who are LGBT+ to make the changes needed.”

Findings from the project include:

♦ Support for LGBT+ young people was said to be limited by a lack of both knowledge and confidence and local authorities were keen to improve practice.
♦ Several young people concealed their sexual orientation from carers and professionals resulting in isolation, increased vulnerability and sometimes placement breakdown.
♦ Some young people feared that coming out in care would result in rejection and placement breakdown, but for others living in care offered an opportunity to explore their LGBT+ identity.
♦ When young people came out in care as LGBT+ it helped when foster carers were accepting and reassured the young person of their commitment to them. However, several young people had experienced reactions which they found unhelpful.
♦ Across the interviews with the young people there was widespread experience of homophobia, biphobia and transphobia.

There was recognition among professionals of inter-generational differences in understandings of sexuality and gender and the need for them to examine, and sometimes re-evaluate, their own attitudes.

Young people said that social workers were not overtly homophobic but that some were awkward and uncomfortable when discussing sexuality with them.

The process of making the film involved three full-day workshops, during which the young people gathered with researchers and the CRC team to explore both their experiences and the main themes to emerge from the research. Through group exercises, discussions and interviews they decided on the message, the audience and the tone of the film. Artwork created by the young researchers was then animated and edited by CRC’s Lizzy Hobbs.

The film is available on the SpeakOut project website: https://www.uea.ac.uk/speakout

The research project was funded by the Economic and Social Research Council (ESRC) and ran between 2014 and 2017. The team has been awarded further funding by the NIHR CLAHRC East of England to develop training materials for professionals based on this work and the film has been made as part of that.