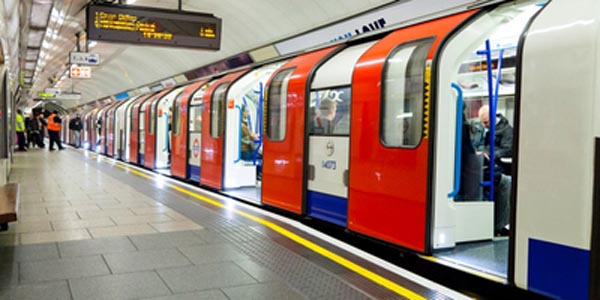 Following a 36 per cent increase in arrests for sexual offences between 2014/15 and 2015/16, Mayor of London urges those who experience this behaviour on public transport to ‘speak up’ and report all incidents.

The campaign forms part of a programme of policing activity to eradicate unwanted sexual behaviour on London’s transport network.

Building on the success of the ground breaking 2015 Report it to Stop it film, which has been viewed more than 13 million times on YouTube alone, the new campaign underlines that every report matters, is taken extremely seriously and provides valuable information to help catch offenders. The film also warns potential offenders that they could be caught at any time.

The film has helped encourage women to come forward and report unwanted sexual behaviour that makes them feel uncomfortable – with a 36 per cent increase in arrests since its launch.

Since TfL and the police launched the Project Guardian partnership in 2013, with the aim of eliminating unwanted sexual behaviour from the transport network, the number of annual reports has doubled from 1,023 in 2012/13 to 2,087 in 2015/16.

Those who experience unwanted sexual behaviour on public transport do not always feel they will be believed or that the offender will be caught. The new campaign film has evolved to tackle head-on those misconceptions, highlighting how every report matters, is taken seriously and used by police to bring the offender to justice.

The film shows a successful businessman, presenting to colleagues in an office, his face is pixellated. Voices of women recalling their experiences of various types of unwanted sexual behaviour on public transport are heard. As each woman recounts her experience the man’s face becomes increasingly visible until he can be seen clearly. At the end of the film the man is apprehended by police, with his colleagues left in shock.

Mayor of London, Sadiq Khan, said: “Keeping Londoners safe is my top priority and I want all women and girls to feel confident travelling on our transport network. This vital campaign highlights how any form of unwanted sexual behaviour is unacceptable, and victims must be given the right support when they report offences. By working together with partners, we can raise awareness of these crimes, give women and girls the encouragement they need to come forward, and bring perpetrators to justice. I urge Londoners to speak up and report unwanted sexual behaviour to the police immediately, if it happens to them.”

Siwan Hayward, TfL’s Head of Transport Policing, added: “We are determined to eradicate unwanted sexual behaviour on the transport network. It is never ok. We care about our passengers and the journeys that they make. Our new ‘Report it to Stop it’ film builds on our previous campaign’s success and encourages victims to come forward and report anything that makes them feel uncomfortable. No matter how insignificant they feel it may be, every report is taken extremely seriously by police and investigated so the offender can be caught and brought to justice.”

Rachel Griffin, CEO of Suzy Lamplugh Trust, said: “I’m extremely pleased TfL and their policing partners continue to tackle this important issue. Unwanted sexual behaviour is unacceptable. I hope this campaign gives people the confidence to come forward and report incidents, with the knowledge that they will be taken seriously.”

As part of the campaign, dedicated action days are being carried out by TfL, BTP, MPS and CoLP at key station hubs across the Capital. At these events officers will be providing specific advice to the public on how they can report instances of unwanted sexual behaviour.

To report unwanted sexual behaviour on public transport, text 61016 or call police on 101 and give details of what, where and when.