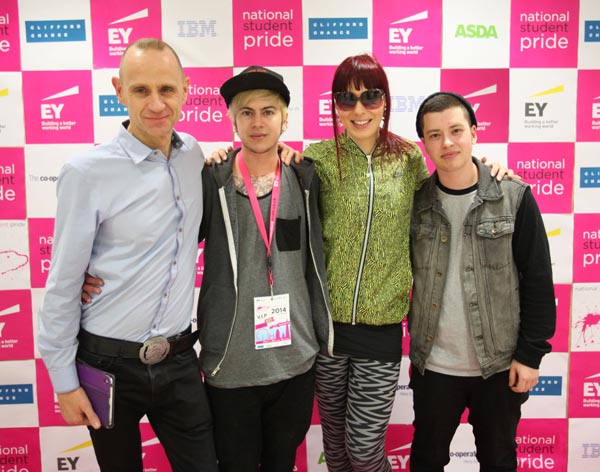 BBC Newsnight and Dragons’ Den presenter Evan Davis is hosting a panel of guests for the main discussion. Representatives from all political parties have been invited to set the LGBT policy ground out for the coming general election in May, including Simon Hughes, Michael Cashman, Amelia Womack, Owen Jones plus Tory and UKIP MP’s.

Student Pride takes place at the University of Westminster’s Marylebone campus opposite Madame Tussauds and is centred round a free daytime festival, a jobs fair and an evening entertainment event hosted by G-A-Y.

To purchase a ticket and view the full weekend schedule, click here: