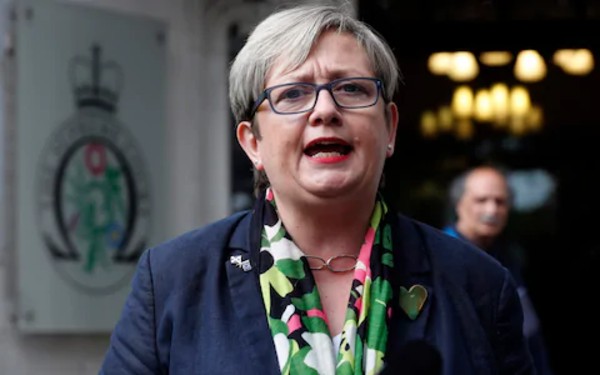 After being removed from the SNP’s front bench in Westminster earlier this year, MP Joanna Cherry is facing backlash for suggesting that trans conversion therapy should remain legal on November 13. The ‘gender critical’ MP has been accused of transphobia on multiple occasions, although the SNP has not specified if this attributed to Cherry’s removal from the front bench.

As the government moves to ban conversion therapy in the UK, Cherry – who remains a member of the SNP – is now facing further criticism after tweeting: “We must not make it a criminal offence for therapists to try to help patients with gender dysphoria to feel comfortable in their birth sex. As we used to say #Somepeoplearegay. #GetoverIt.” She also argued that “all policy makers should hear the range of opinions on the debate around gender identity” as she suggested trans conversion therapy should remain legal.

Following her series of tweets, many LGBTQ+ people and allies urged the SNP to take action against Cherry, particularly in light of Nicola Sturgeon’s vow to stamp out transphobia in the party. One Twitter user described Cherry’s views as ‘bigoted’, adding: “What’s concerning is politicians trying to use their influence to push extremely anti-trans views from an insignificant number of people as a “range of opinions” instead of calling it what it is. Bigotry.”

Others urged the SNP to “literally anything about Joanna Cherry” as she continues to hold her place in the party despite her removal from the front bench. SNP leaders have not yet responded to Cherry’s comments.