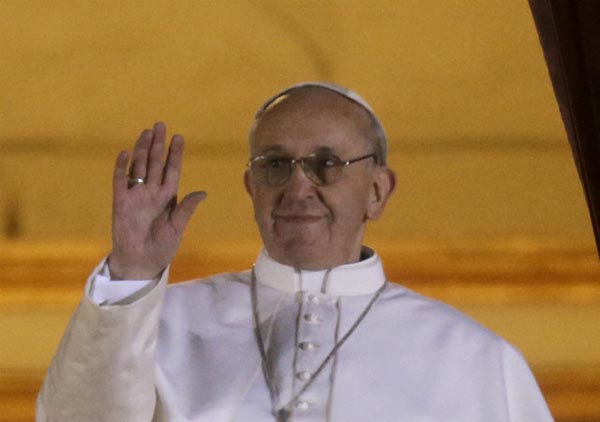 Argentine Cardinal Jorge Mario Bergoglio has been elected as the new Pope for the Catholic church by the Conclave of Cardinals in Rome. He will take the name Francis I.

The UK gay humanist charity the Pink Triangle Trust (PTT) is not at all surprised that the new Pope is as homophobic as the previous incumbents.

When a Cardinal in Argentina, Pope Francis I strongly opposed legislation introduced in 2010 by the Argentine Government to allow same-sex marriage, calling it a “real and dire anthropological throwback”.

In a letter to the monasteries of Buenos Aires, he wrote:

He has also insisted that adoption by homosexuals is a form of discrimination against children. This homophobic outburst received a rebuke from Argentine president Cristina Fernández de
Kirchner, who said the church’s tone was reminiscent of “medieval times and the Inquisition”.

Reacting to the appointment, the PTT Secretary George Broadhead, said:

“The Argentine President’s comment couldn’t be more apposite. All rational thinking people must have been sickened by the sycophantic coverage by most of the media of the new Pope’s election in which the iniquities of the Roman Catholic Church – the cover-up of child sex abuse, the opposition to the use of condoms, especially to prevent AIDS, the opposition to voluntary
euthanasia for those suffering terminal illness and of course the opposition to LGBT rights – were largely ignored.