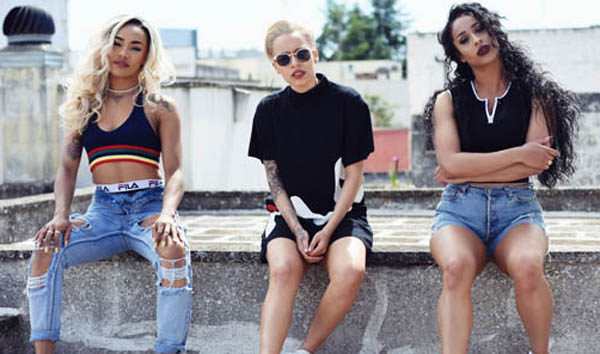 More headliners including Kelly Llorena and Stooshe will take to the stage this summer for one of the UK’s leading LGBT+ events.

Nineties-turned-noughties songstress, Kelly Llorenna, known for hit songs Set You Free and Tell It To My Heart will be joining British girl band Stooshe as part of this year’s Newcastle Pride 2017 line-up.

The popular event, which is sponsored by business improvement district company NE1, is now in its tenth successive year and returns in June with two months of live music and activities promoting this year’s theme: pride in our past, present and future.

Among the many highlights will be a series of performances at Newcastle’s Town Moor from July 21-23, including appearances by boyband A1 and X Factor winner, Sam Bailey, who were announced earlier this month as part of the festival’s Manchester Airport Main Stage programme.

Event organisers, Northern Pride, have now confirmed 10 additional acts will be joining the line-up for the Manchester Airport Main Stage weekend, including Kelly Llorenna who is set to headline alongside Stooshe on Sunday, July 23.

They will join a host of top acts across the July weekend including I’m Gonna Get You star Angie Brown, Diva from Down Under – Kelly Wilde and Steps tribute band Steptastic.

LGBT community choir Northern Proud Voices and London cabaret star Danni Dee and The Broadway Dancers – who are best known for their performances at Newcastle cabaret club, Boulevard – will also be performing during the weekend.

National transgender charity, Sparkle, will also be helping to make this year’s event more inclusive than ever, by taking over the Manchester Airport Main Stage for an extra special performance during the Newcastle Pride main weekend.

Mark Nichols, Chair of Northern Pride, said: “As it’s our tenth year of providing the largest free LGBT festival in the North East, we wanted to make sure that our line-up was packed with brilliant music and performances that can be enjoyed by everyone.

“Hopefully music lovers from across the UK will join us for what is set to be a memorable weekend of celebration, community and most importantly – pride.”

Patrick Alexander, Head of Marketing at Manchester Airport, added: “We are delighted to hear the second announcement of acts set to perform at this year’s event and everyone from the UK’s third biggest airport cannot wait to get involved and join in the celebrations.

“With more excellent acts announced, and our holiday to San Francisco to be won before May 28, it is set to be an action-packed couple of months.”

Newcastle Pride, organised annually by LGBT+charity, Northern Pride, attracted more than 73,000 visitors and contributed more than £10.1m to the economy in 2016, and this year, as well as the Main Stage weekend at the Town Moor, the festival will also feature an extended range of satellite events at venues around Newcastle.

For a full listing of events including the LGBTQ+ Youth Prom and Black Tie Ball, click here:

The festival itself is free to attend, however a number of Gold Circle and VIP tickets are available for those who want to guarantee prime viewing spots for the performances on July 22 and 23.

Some of the satellite events may also incur an additional charge.