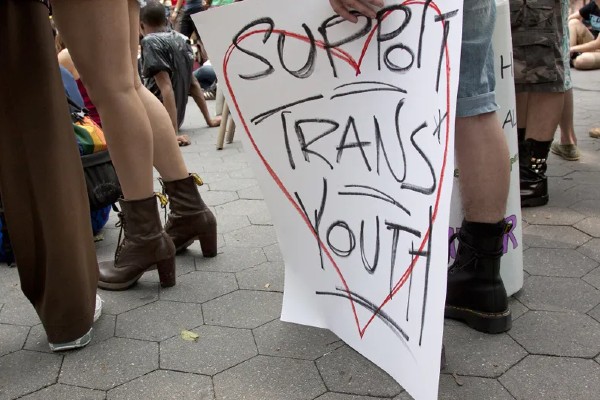 Lawmakers in Montana, US, have introduced two bills, both of which will limit young trans people’s access to gender-affirming resources in the state. House Bill 112 would ban trans athletes in public schools from participating in sporting categories which align with their gender identity, and House Bill 113 would prohibit gender-affirming health care for trans people under 21, with doctors risking a $50,000 fine for violating the regulations. One of the main sponsors of the bills, state representative John Fuller, told the Montana Free Press he opposes the ‘prospect of minors receiving treatments for gender dysphoria that could have a lasting effect on their bodies and their lives’, and so disagrees with young trans people being administered puberty blockers.

Medical professionals have argued Fuller ‘misunderstands’ the implications of gender-affirming healthcare for young trans people, saying the effects of puberty blockers are ‘fully reversible’. Dr. Lauren Wilson said the bills were based on stigmas and stereotypes rather than facts, and explained the reality of the process of starting puberty blockers: “At the onset of puberty, that comes a time for re-evaluation with the patient and the family and decision-making together about maybe starting puberty-suppressing medication called a blocker, which is completely reversible, but allows the patient and the family time to kind of assess where they are.”

They highlighted that trans youth have higher than average rates of anxiety, depression and suicidal thoughts, with these issues being reduced when the child has access to gender affirming healthcare, saying: “If we’re allowed to provide appropriate care and the family is supportive of the patient, then sometimes there’s really great outcomes for everyone.”

Adam and Vickie Edelman, a local couple who lost their 18-year-old trans child, Sam, to suicide in 2016, also spoke out against the new bills, referring to them as ‘heartbreaking’. Adam said: “These are some of the most vulnerable members of our society that we all share a role in protecting and supporting. And something so fundamental for trans kids, to work to prevent them from having access to that. It is, it’s heartbreaking.”