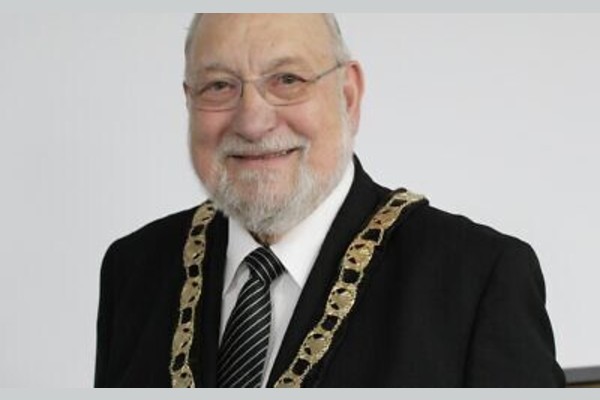 Rabbi and councillor Alan Plancey, who is the mayor of Herefordshire town, Hertsmere, has been accused of being anti-LGBTQ+ after a 2014 interview resurfaced where he suggested queer people should be ‘quieter’ about their identity. He was appointed mayor on November 18 2020, after the death of previous mayor, councillor Cynthia Barker. However, some have already suggested he resign due to his controversial views on the LGBTQ+ community which he expressed in an interview with Jewish News, where he argued: “[LGBTQ+ people] would get more acceptance and more love if [they express themselves] quietly and unobtrusively”.

He insisted he believed in equality, but did not agree with ‘demonstrations’. Plancey responded to the backlash in a recent interview with BBC Three Counties radio, where he stood by his comments and said there was “nothing controversial” about the interview. He continued: “I don’t like people coming out, putting up flags because they are more important than anybody else. They are not. They are equal. We should all be living the same life together, equal.”

His refusal to apologise has caused further outcry for him to take responsibility for his words, with Ella Rose and Oli Kasin, co-chairs of LGBT+ Labour London, saying in a statement: “As two LGBT+ Jews, we know the damage this does to those in our community who are not yet out. This is especially concerning given the mayor’s seat in education and young people’s committees on the council.” They continued: “In 2020 there are no excuses for homophobia. Equal rights and acceptance have never been given to LGBT+ people, they have been loudly demanded and hard fought for. Any ideas that the LGBT+ community should hide in shame have no place in this country or century.” Plancey has not yet responded to Rose and Kasin’s comments.