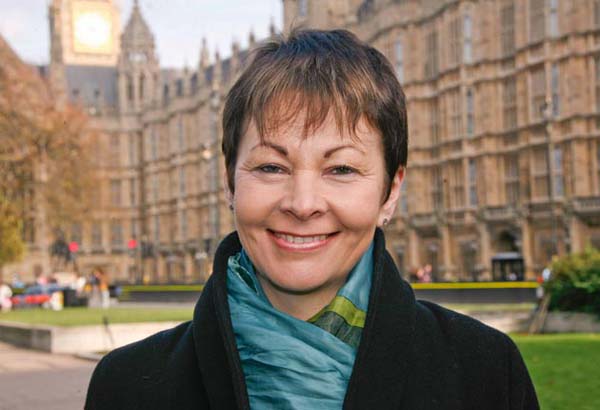 A new ICM opinion poll, published today shows that in the two years since the last General Election, Caroline Lucas has increased her lead in the constituency of Brighton Pavilion, while Labour has fallen to third place behind a revived Conservative Party.

The poll commissioned by the Green Party was carried out by ICM in Brighton Pavilion over the May bank holiday weekend, just before the UK’s general election campaigning officially started.

Brighton & Hove Green Party elections coordinator Tom Beament, said: “Over the last two years, since her re-election, Caroline Lucas has gained even more popularity and respect than she held in 2015, through the huge amount of work she’s been doing for the people of Pavilion and through the national leadership she has been showing on so many issues, whether it’s to stand up for the NHS or the environment, for education or housing, for public ownership of the railways or against Theresa May’s brutal, extreme Brexit.”

He continued: “With the Conservatives now placed second and Labour falling away, a vote for Caroline is not only a vote for a better future but the only way of stopping the Tories from making new inroads into Brighton.”

The research on a number of questions was carried out by leading pollsters ICM Unlimited, with fieldwork carried out between, April 27 and May 1 2017, and the results published on May 3 2017 were based on interviews with 1,001 residents aged 18+ across the Brighton Pavilion constituency area.

Caroline Lucas retained the Brighton Pavilion seat for the Green Party at the 2015 General Election with a swing of 6.1% and a majority of 7,967 from the Labour candidate Purna Sen (14,904) with Clarence Mitchell for the Conservative Party coming third with 12,448 votes. The UKIP candidate Nigel Carter polled 2,724 votes and Chris Bowers, the Lib Dem candidate polled 1,525.

The Lib Dems have announced their candidate will be stepping down in Brighton Pavilion at the coming General Election.