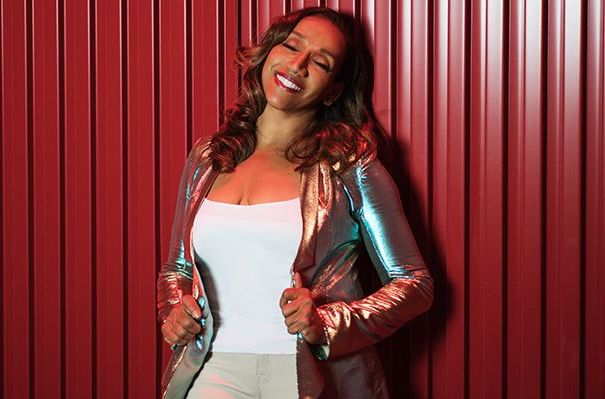 Sister Sledge formed in 1971. They achieved global success with their 1979 album We Are Family. That record produced a series of classic hits including He’s the Greatest Dancer, Lost in Music, Thinking of You and of course the title track.

They captured the zeitgeist in the disco era, and their music continues to resonate with people who weren’t even born in the 70s. We caught up with founding member Kathy Sledge to discuss their legendary career.

What can we expect from the Sister Sledge show in London this May? “I’ve been producing festivals and concerts. Things like Mighty Hoopla, and it was really fun. The integrity of the music means everything to me. Now I’m hyped about O2 Indigo because I’ve worked there before; it’s going to be an electric concert. So put your seatbelt on!”

The Mighty Hoopla has become one of the biggest LGBT+ festivals in the UK. Did you enjoy playing there? “It was incredible. I was nineteen when I recorded Thinking of You and We Are Family. And I’m seeing these kids, sometimes with their mums, knowing every lyric. They weren’t even born when I recorded them.”

“My voice is stronger than it’s ever been. When I did those songs in the early days I wasn’t even allowed to hear them until it was time to record them; songs like We Are Family. Nile Rodgers and Bernard Edwards believed in spontaneity. Nile and I have remained great friends. We laugh about it to this day. I used to ask him if people would even play our music. He would say ‘It’s going to be huge.’ I loved his confidence, and he was right of course.”

“Even songs like He’s the Great Dancer would be fed to me line by line. So it’d be ‘One night in a disco,’ OK, cut. And then I’d get the next line: ‘On the outskirts of Frisco.’ I didn’t get it then but I trusted them. These producers were in their twenties but they were geniuses. They had hit after hit, and we still hear their music to this day. They had a formula that worked for them and the spontaneity was part of that: the artists not knowing the songs too well.”

Nearly every track on the We Are Family album was a massive hit. “I know, and it’s a massive hit all over again. The pandemic worked for me in his respect. People would Zoom into my living room with me singing it. The music resurfaced, especially Thinking of You with D-Nice and Club Quarantine: even Michelle Obama was involved. Thinking of You became the theme song. It made me the queen of quarantine, although I don’t call myself that!”

“I’m a huge fan of Freddie Mercury. He was uninhibited and he knew his gift, but I never knew mine growing up. When I saw Bohemian Rhapsody I was balling when the credits rolled. I started watching Queen documentaries. They talked about how they opened with We Will Rock You. I was like that’s it, I’m opening with Lost In Music.”

“At my show, when the lights come up you see the silhouettes of the dancers. The choreography is authentic early Sister Sledge, and then you see the huge screen of the sisters, and then you hear the strings of Lost in Music. So you’re on your chair at the beginning of the show. By the time we get to Thinking of You near the end it’s very special.”

“Originally I Want Your Love was our record, and He’s The Greatest Dancer was theirs (Neil and Bernard’s). At the last minute they flipped it. You can hear my sisters and I singing background on I Want Your Love. Years later we were asked to sing the background on Material Girl for Madonna.” Nile Rodgers of course produced the Like A Virgin Album. “He always mixed in different artists. Luther Vandross sings on every track on the We Are Family album. Once you know he’s one there you can hear Luther’s voice.”

Do you have a favourite Sister Sledge song? “Thinking of You hands down.” I feel like I was born knowing the lyrics to your biggest hits. “You probably were! I did some gigs at Soho House and I’m loving how younger audiences seem to know all the songs. I make sure the vocals and the music are just like they were on day one.”

“When I go to concerts I want to hear the hits. I can do 90-minutes of our hits and it stays new. I might want to hear one or two new songs at a concert but I want all the hits as well. It’s like an education hearing the new stuff, but I want to dance.”

“After everything we’ve been through in the last two years, people are running towards the feel good music. I think that’s why Thinking of You gets an electric response live. From my vantage point I just see smiles everywhere. It was the same thing with the roaring twenties: people wanted to feel good. I’m happy that my music does that.”