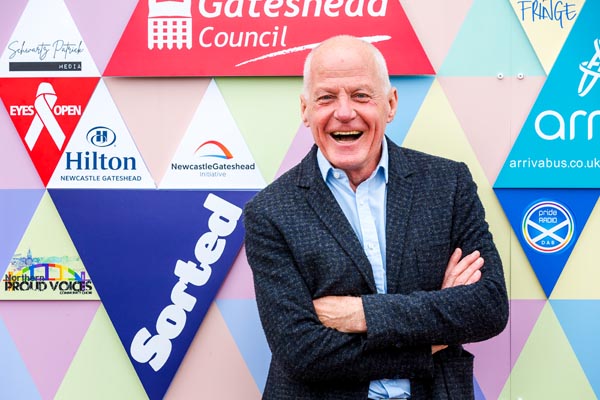 The Pride Media Centre at Pelaw, Gateshead, was officially opened in June by Lord Michael Cashman CBE, one of the founding members of the national LGBT+ charity Stonewall.

The former actor and MEP has agreed to become a patron of the pioneering hub, which will offer advice, support and training to those in the LGBT+ communities in the North East.

Lord Cashman said: “I am absolutely delighted to become a patron of the Pride Community Network and the Pride Media Centre.

“The outreach work and its commitment to equality is truly ground-breaking and it’s a real privilege to support this initiative.”

Lord Cashman will also act as a patron of not-for-profit organisation, the Pride Community Network, which offers a range of services including support for isolated members of the LGBT+ communities, promoting inclusivity within schools and providing training and work experience programmes for those in long-term unemployment.

Mark Nichols, chair of Pride Community Network, said: “Lord Cashman is one of the UK’s leading LGBT+ human rights activists and over the decades has worked tirelessly to change hearts, minds and legislation in support of a more inclusive and diverse society.

“We look forward to working with Lord Cashman over the coming months as we continue to grow the Pride Media Centre and develop educational outreach work through local, national and international programmes.”