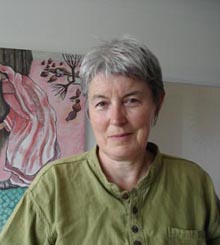 AllsortsYouth Project will be expanding their pilot trans children and youth project in 2013 after receiving new funding from Comic Relief and Children in Need. They have been awarded a total of £130,000 over three years to fund a trans children and young people’s team of three workers. This groundbreaking service, one of the only trans youth projects in the UK, will offer Transformers, a twice monthly group for 16-25 year olds and two support groups for children under-16s and 13 and under. The team will also provide 121 support and advice and information for parents/carers and youth practitioners, as well as providing guidance for teachers and other support staff in schools.

“The new funding for the trans work is brilliant news.  One of our primary aims is to reduce feelings of isolation for the trans and gender questioning young people because we are all too aware of the impact these feelings can have on their self-esteem and mental well-being.  The young people we work with are creative and inspiring and with their input I hope that Allsorts trans youth project can be a catalyst for greater trans inclusivity in the wider community.”

Allsorts was set up in 1999 and runs a weekly drop-in for lesbian, gay, bisexual and trans young people and a variety of support groups for young men, young women, bi young people and the under 16s. LGBT young people from the project train as peer-educators and lead workshops in schools to combat homophobic, bi and transphobic bullying They also create LGBT youth resources like posters, stickers and and books about their experiences. Their vibrant social media presence has enabled LGBT young volunteers to campaign on behalf of LGBT young people across the UK. Transformer was helped to set up with a seed funding grant from the Rainbow Fund in 2012.

For more details about Transformers or Allsorts, CLICK HERE: