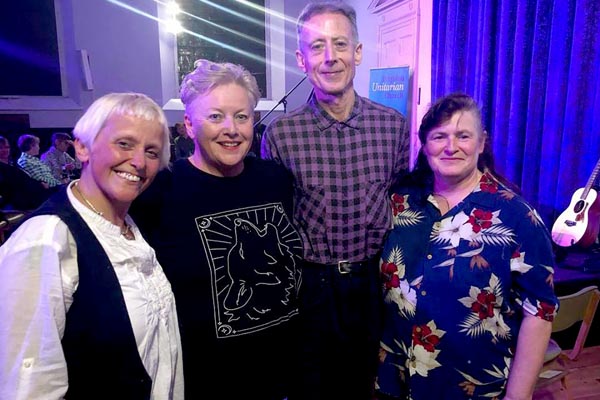 Mr Tatchell was the special guest speaker at the fundraising night on April 26 at the Unitarian Church, New Road, Brighton at A Night Of 21st Century Folk Music.

Pictured with Peter from left to right is Sarah Clarke Kent, Sue Tyhurst and Michele Allardyce.