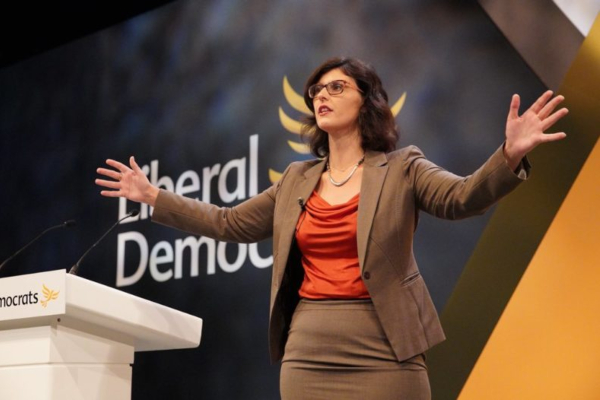 Liberal Democrat MP Layla Moran has announced she is pansexual and in a relationship with a woman.

The MP for Oxford West and Abingdon Liberal Democrat MP Layla Moran has come out after being approached by journalists saying they were going to run a story on her domestic life. The MP said she is in a “really happy, loving, stable relationship” with a woman, that she most identified with being pansexual and was annoyed that the newspapers were going to try and make some news from her everyday life.  Pansexuality describes those who are attracted to a person regardless of their sex or gender.

“If I am going to be outed I want it to be on my own terms,” said Moran. “I’m really proud of it. I’m in a really happy, loving, stable relationship. She’s amazing and I’m really lucky.”

“I think in this day and age that people expect transparency and openness from their politicians and it has never been more true that people don’t trust what we say and what we do,” she said on Thursday.

“I’ve heard people say time and time again, ‘you’re all the same, you’re all liars’, and I dare say that Boris Johnson refusing to answer very basic questions about his life just makes it seem like that’s how all politicians are.”

The prime minister has repeatedly refused to state how many children he has.

The MP is said to be considering a bid for the Lib Dem leadership, said “That itself is why I’m coming out now because it is a new year and we need to approach the decade fighting these equalities issues on the front foot, It’s 2020 now. How far has society really come?” she said. “It would be nice to think that everything was sorted with equal marriage and that we’re all accepting. But we also know that transphobic and biphobic hate crime has gone up.”

“I think there’s a very different narrative that we should be telling as politicians, which is that life is not black and white,” said Moran. “We’re all human, but that shouldn’t detract from our ability to fight for other people on a very personal level.”

“Parliament is a weird, backwards place. I don’t know if there’s any other (MPs) who would identify as pansexual, and not that many who identify as bisexual – there are a few women who are brilliant role models who have come out in their lesbian relationships.”

The MP then posted a picture of herself and her partner on Twitter using #OutAndProud alongside.