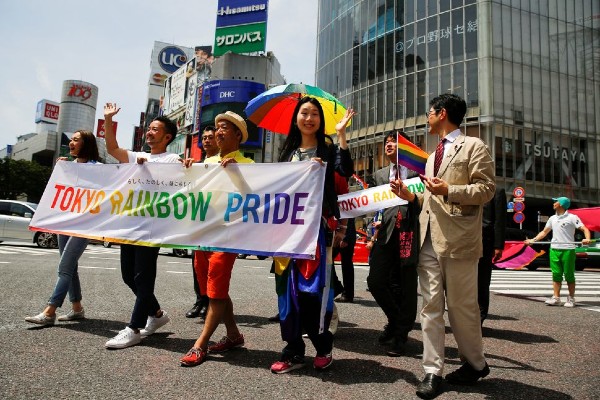 The Pride House Tokyo Legacy is due to open its doors on October 11 2020 in time for the Tokyo Olympics 2021. Located in the Shinjuku Ward, the opening of the LGBTQ+ centre was delayed due to the coronavirus pandemic. The facility will provide free information for queer people and space for counselling.

The Pride House movement was launched during the Vancouver 2010 Winter Olympics by local non-profit organisations with the aim to promote LGBTQ+ equality in sport. Pride House has continued to be part of the Olympic Movement with LGBTQ+ centres opening in cities that host the international sporting games.

Gon Matsunaka, head of the Pride House Tokyo Consortium, said the centre will be a place for people who are not accepted by their families. It will remain active after the 2021 Olympic games conclude.

Same-sex relations have been legal in Japan since 1880 however marriage is still unrecognised. There are also no protections against LGBTQ+ discrimination according to Equaldex. 25-year-old Shiho Shimoyamada, an openly queer women’s football player who is a member of the Pride House committee, hopes that the new LGBTQ+ centre will help Tokyo’s population understand more ‘about the importance of diversity’.