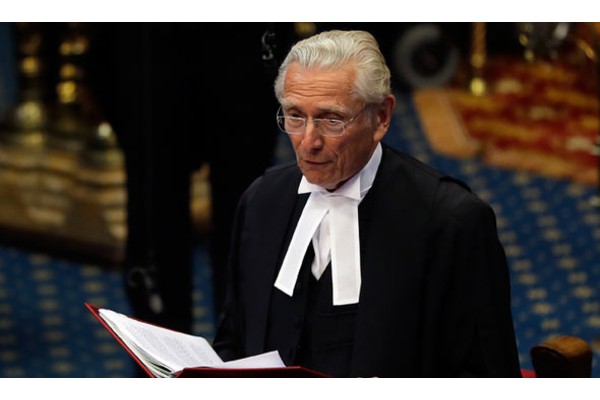 Lord Fowler, an LGBTQ+ and HIV activist who speaks in the House of Lords, is stepping down early to devote his time to campaigning for the rights queer people and those living with HIV. According to The Independent, 83-year-old Fowler was due to end his five year term as a Lords speaker in September, but has decided to bring this date forward to April. When explaining his decision, he said: “As an independent backbencher, I now want to devote my energies to continue campaigning on HIV/AIDS.”

He continued: “Moreover, there are examples beyond count of the persecution of LGBTQ+ people worldwide. Even now, in 2021, there are some 70 nations where homosexuality is illegal and where there are obvious barriers against people coming forward for HIV/AIDS-related treatment. So, I want to spend the next years campaigning against these modern evils and trying to support the many individuals and organisations in the field who are working to turn the tide.”

Fowler is known for heading the government response to the 80s AIDS epidemic, and oversaw the ‘Don’t Die of Ignorance’ campaign, which worked to reduce stigma around HIV/AIDS. He highlighted that many people continue to face discrimination if they are HIV positive and aims to alleviate this issue: “In those days an HIV positive diagnosis was a virtual death sentence. The drama showed the cruel consequences on the victims and their families. We need to remember that these are the very consequences being faced today in many countries overseas and we have an important duty to ensure their suffering is never forgotten.”

House of Commons speaker, Sir Lindsay Hoyle, praised Fowler’s decision to step down, saying: “His decision to step down as Lord Speaker to continue his relentless campaign for awareness of HIV and AIDS is commendable. “I am in no doubt that his ‘Don’t Die of Ignorance’ awareness campaign when he was health secretary was a life-saver, in that it showed his grasp of the enormity of the AIDS epidemic at a time when gay sex was a taboo topic.”