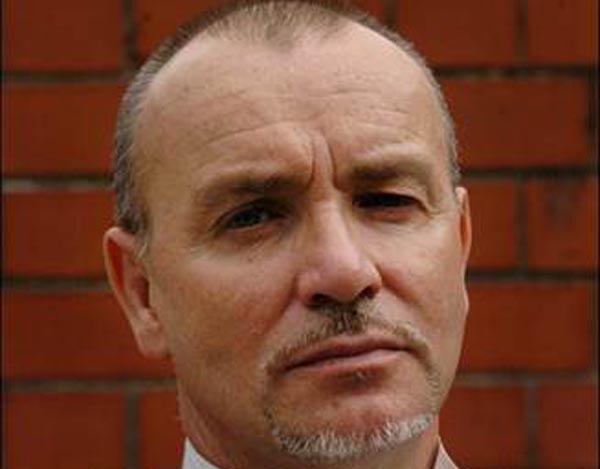 In recognition of one of his main achievements, and to mark the 35th anniversary of the decriminalisation of sex between men in Scotland, Derek Ogg QC from Glasgow will receive the Equality Network Lifetime Achievement Award.

In SMG, Ogg was one of the organisers of the first international Gay Rights Congress, held in Edinburgh from December 18 to 22, 1974. The Congress was attended by 400 people, and led to the setting up of the International Gay Association, which became today’s ILGA.

As a lawyer, Ogg was very much involved in SMG’s legal campaigning, including against employment discrimination, and to decriminalise sex between men, which in the 1970s remained a crime in Scotland.

In the 1980s, much of Ogg’s activism was focussed on AIDS/HIV. In 1983 he founded Scottish Aids Monitor, Scotland’s first and at the time only AIDS/HIV charity, and he was also much involved in the establishment of Milestone Hospice and Waverley Care.

While pursuing his highly successful career as an advocate, Ogg has continued to work for equality, and has been an invaluable advisor to Outright Scotland, and later the Equality Network, in the 1990s and beyond, advising on equalising the age of consent and removing other discrimination from the law, to move us close to full legal equality.

Derek Ogg QC, said; “I am delighted to have been selected for this Award and look forward to celebrating the other recipients’ awards too. The Equality Network is now an important national resource and helps our whole community to feel at ease with itself. We will all have a great night, then roll up our sleeves next day and continue the life enhancing campaigns still urgently needed.”

Four hundred guests, including the First Minister, key politicians, journalists including Lorraine Kelly, community groups and organisations from across the public and private spheres will attend the inaugural Scottish LGBTI Awards ceremony, which will be hosted by comedienne Karen Dunbar and will take place at Glasgow’s iconic Grand Central Hotel.

The awards will celebrate people and groups who have made important contributions to lesbian, gay, bisexual, transgender and intersex (LGBTI) equality and human rights in Scotland during the past year.

The red carpet event has been organised by the Equality Network, Scotland’s national LGBTI equality and human rights charity and will feature performances by singer-songwriter Horse McDonald, Pop Idol winner Michelle McManus and Glasgow favourites Robert and May Miller.

There are fifteen award categories and two special awards for the first Scottish LGBTI Awards on the night, including Politician of the Year, Outstanding Campaigner Award and Journalist of the Year.

Scott Cuthbertson, of the Equality Network, said: “We are very excited to be hosting the Equality Network’s inaugural Scottish LGBTI Awards. The past year has been an amazing year for LGBTI equality with the first same-sex marriages happening across Scotland after many years of campaigning. Progress on LGBTI equality and human rights would not be possible without the hard work and support of many people, groups and organisations from all over Scotland, it’s those people we are celebrating at these awards. Our nominees represent the best advocates for equality and human rights in Scotland.”

He continued; “Today we are delighted to announce the winners of our two special awards in advance of the awards gala later this week. Our ‘Lifetime Achievement Award’ has been awarded to Derek Ogg QC for his numerous accomplishments in the field of LGBTI equality over many years, and in particular his work on the decriminalisation of sex between men in Scotland, which took place thirty-five years ago this year. The second special award, Equality Network ‘Friend for Life’ has been awarded to Anne and Joe Patrizio, from Parents Enquiry Scotland, for their long-standing work supporting parents of LGBT people. We would like to congratulate all the winners and look forward to announcing the winners of the other categories on at our gala event on Thursday 10th September.”

Anne and Joe Patrizio from Parents Enquiry Scotland in Edinburgh, will receive the Equality Network ‘Friend for Life’ award, for their long-standing work supporting other parents with young LGBT people.

Mr and Mrs Patrizio’s son came out to them as gay, in the late 1980s, at the age of 23. Recognising how difficult it had been for him growing up gay and feeling unable to confide in anyone, and how helpful it would be for parents, whose children come out, to access support, Mr and Mrs Patrizio became involved in developing Parents Enquiry Scotland.

Parents Enquiry is an entirely voluntary organisation which provides information and support for parents whose children have come out as lesbian, gay, bisexual or transgender. It offers a range of information leaflets and booklets in addition to telephone helplines. Through their work with Parent Enquiry, the Patrizios have provided invaluable support to countless parents of young LGBT people, for 25 years.

In 2004, Anne Patrizio received an MBE from the Queen at Holyrood Palace, in recognition of her support of the LGBT community in Scotland, and in 2013, Parents Enquiry Scotland received the Outstanding Achievement Award from LGBT Youth Scotland. The Patrizios also appeared as one of the six couples featured in the Equality Network’s 2013 equal marriage campaign video, It’s Time! http://tinyurl.com/itstime2013

Anne and Joe Patrizio said: “‘It was a complete surprise to hear about the Friend for Life Award, and we are very grateful to the Equality Network. We are looking forward to Thursday and think it will be a great opportunity to meet other people who have been involved over the years.’”