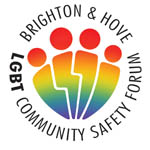 In an effort to establish a mechanism for measuring levels of ‘Trust and Confidence’ in the police and council on a annual basis, The LGBT Community Safety Forum independently commissioned a Trust and Confidence Survey from the Trust for Developing Communities which was financed from Brighton & Hove Council’s Partnership Community Safety Team budget with a contribution from Sussex Police. The survey was conducted in December and January, with 638 people responding. Male response was 60%, female response 27% and transgender response 4%. The research was conducted online using SurveyMonkey. Printed copies of the survey were also available on request.

•     23% of LGBT people who responded said they had been the victim of a hate crime incident in the last twelve months that was due to their sexual and gender identities. Verbal abuse and negative comments were the main reasons given and 12% of those who responded experienced physical violence, while 21% experienced bullying.

•     80% of respondents reported the incident took place ‘in the street’ while just 3.9% reported in a ‘cruising area’.

•     67% who reported they had experienced an incident said they did not report it. Of those who did 32% reported to the police and 9% to Brighton & Hove Council’s Partnership Community Safety Team (PCST).

•     65% who reported an incidents were not issued with a crime reference number. Of those who were issued a crime number, 73% saw no further action was taken, while 8.5% resulted in a conviction.

•     29% who reported to the council’s PCST, reported the response was good or very good.

•     44% of respondents who did not report the incident did not consider the incident serious enough to report.

•     41% of respondents rated the service generally to victims of Hate Crime to be either good or very good, while

•     79% of respondents said they were aware of the Police LGBT Liaison Officer, a recognition figure only bettered by LGBT Switchboard.

•     Of those who had accessed community services in the last year 79% found the services good or very good and 81% thought it likely or very likely that they would recommend the service to friends and colleagues.
Sgt Alex Evans from Brighton Neighbourhood Police Team, said:

“I’m pleased that Sussex Police were involved in the recent Trust and Confidence Survey. It’s a huge benefit to learn more on how we can improve our service when dealing with crime and other incidents within the LGBT community. I’m delighted that our dedicated LGBT Liaison Officers, PC Rachel Piggott, PC Rich Bridger and the new caseworker, Rory Smith, have been recognised for their continued work in improving trust and confidence between them and the LGBT community. PC Rachel Piggott has now moved onto a new role on the team but PC Rich Bridger and Rory Smith will continue to build on these relationships over the coming months.

“I would encourage anyone that has been a victim, or a witness to an incident to contact the police as soon as possible, even if you have heard of something happening but you were not directly affected, we would still like to know. If you have any concerns at all about how we police your community then please also get in touch.”

“The LGBT Trust and Confidence survey is really helpful in helping us identify which services are making a difference and where we need to improve. For example we know through this survey the Partnership Community Safety Team is really well regarded but there is more to do as more people need to know about it. It’s vital that people feel able to tell us about incidents no matter how small so that we can work with communities in tackling inequality.”

“The Forum is delighted with the response to its inaugural city-wide Trust and Confidence Survey. The findings will now form a road map for deciding the future work of the Forum working in consultation with the council and police. It is envisaged that this survey will be repeated on an annual basis over a minimum 5 year time frame, so that improvements on service delivery by the statutory authorities can be measured accurately year on year.

The survey has produced a somewhat mixed bag of findings:

• A huge 67% of people who said they had been the victim of a Hate Crime in the last 12 months did not report the incident to the police. If the police don’t get a report, there is nothing they can do to solve crime. The message remains the same as it was 10 years ago, you must report all incidents of hate crime and leave the police to decide what is important or not.
• Far too many people (55%) still do not know about the council’s Partnership Community Safety Team (PCST), however those people that did report to the PCST reported better satisfaction levels than those reporting to the police. A campaign advertising the services offered by the PCST would help solve this problem. There is little benefit for the community to be gained from financing a service with an annual budget of two million pounds that people claim they don’t know about.

• The most exciting finding was the recognition levels accredited to the Police LGBT Liaison Officer role. While the ‘police’ as a service fared generally disappointingly in the survey, on the recognition question, the LGBT Liaison Police Officer role fared second only to LGBT Switchboard, an organisation that has been in existence for 35 years. The team also fared well in the satisfaction question regarding those who accessed a community organisation in the last year. The police’s LGBT Police Liaison Officer role has become viewed by many as a community organisation/service provider along with Switchboard, Allsorts and MindOut. That is a huge plus and a reliable performance indicator to use every year when trying to chart any changes in Trust and Confidence in service provision.

• To put it simply you could say that the council have a communication problem between the PCST and us the customer. The police seem to have less of a problem in communicating with us the customer but maybe need better communication between the ‘Police Service’ and their own LGBT Liaison Police Officer team who are sometimes bypassed when strategic decisions affecting LGBT community cohesion are made by the police command team.

Finally when the survey is next conducted in 12 months time it is important to try and increase the level of participation by lesbians and transgender members of the community.

To read the full report and recommendations click here: