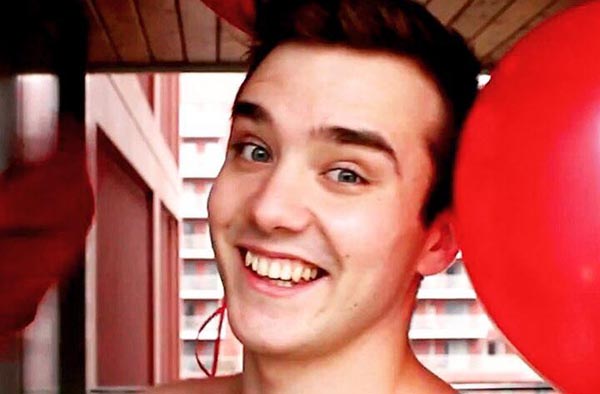 To mark the re-launch of one of the UK’s oldest LGBT+ charities, LGBT+ celebrities talk about their LGBT+ heroes on video.

The video, made by YouTuber Calum McSwiggan, was premiered at the re-launch of LGBT+Switchboard at The Waldorf Hilton Hotel in London last week, to an audience of 600 guests including many of the famous faces who had contributed clips.

Opening the video, Switchboard’s newest patron Tom Daley says: “My LGBT hero is anyone that is brave enough to be who they are, and embrace it, and be proud of it. Because it’s people like that who are able to encourage other people to do the same.”

Brighton based trans* activists, Fox & Lewis, say: “Our LGBT heroes are anyone involved in the trans movement, whether that’s in film, radio or journalism.”

George Takei reveals his hero to be Tim Cook, the CEO of Apple, stating: “He personifies the diversity of LGBT people throughout American society.”

Bethany Black says: “My LGBT hero is Julie Hesmondhaigh who is in Cucumber and Banana and has been a real strong ally for the LGBT community for the last 16 years.”

Matt Lucas, added: “My gay hero is Ben Cohen who has done amazing work as an activist to combat homophobic bullying and has just generally been a great supporter of the gay community.”

Mark Gatiss, a long-time supporter and patron of the charity, is one of the last people in the video to speak, naming the charity volunteers as his heroes. “I don’t have an LGBT hero, I have hundreds and hundreds of them. All the wonderful people who have volunteered for Switchboard over the years.”

The chorus of stars go on to name many other people as their heroes throughout the video including Derren Brown, Laverne Cox, and Ellen DeGeneres.

The video is the finale to a series of 25 LGBT+ themed videos produced by YouTuber Calum McSwiggan throughout LGBT London Pride month. With the help of so many well-known faces, he has created an uplifting video featuring a wide and diverse range of celebrities talking about the people who inspire them the most.

Each video in the month-long series featured a different guest from the LGBT+ communities, including an LGBT+ football team, an adult film star, sex & relationship experts, famous drag queens, a couple on their wedding night, and multiple YouTube stars.

Calum says: “It’s been incredible to work with so many amazing people over the past month, I really wanted to finish this video series with a bang and leave a lasting message about the importance of the work the charity do. I think bringing all these inspirational people together for this final video does just that.”

Every video in the series also encourages those watching to take a #SwitchboardSelfie and post it on social media to spread awareness about the charity. Tom Daley, Scott Mills, and Carly Rae Jepsen are among the many names to have posted a selfie and a message of support.

Switchboard is a voluntary organisation with charitable status whose aim is to provide an information, support and referral service for anyone who needs to consider issues around sexuality and gender identity.