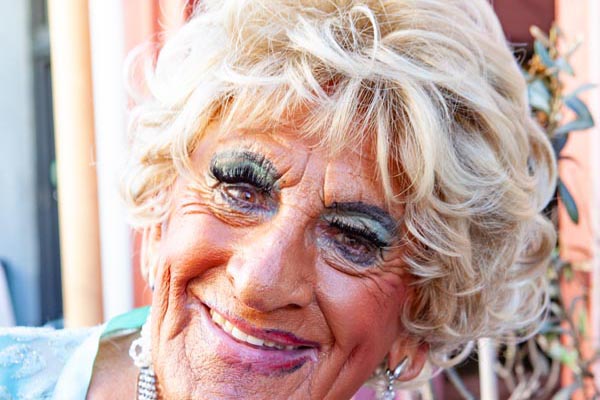 David Raven was inspirational and so supportive of the ambulance service that I started in Brighton in 1991, the Regency Division of St John Ambulance, to transport people with HIV/AIDS to the Sussex Beacon and other places of care.

Sadly, most people died of AIDS during that period. It was a difficult time when HIV could have been described as the modern-day equivalent of Ebola. Little was known about how it was transmitted and there was a fear amongst many – including Health Care professionals – at that time.

The gay communities in Brighton and Hove, gay pubs and clubs, Fudges and Casalingo Restaurants, and performers on the gay scene, such as Maisie Trollette, Dockyard Doris, Lola Lasagna, Dave Lynn, Drag With No Name, Miss Jason, Phil Starr, and Andre Adore (my apologies for any unintentional omissions) were our sole source of income to purchase three ambulances (one brand new) and to fuel and maintain them; this wasn’t a cheap activity!

All our ambulance staff (including myself) undertook this 24/7 caring work as totally unpaid volunteers. Brighton Council kindly provided us with free training and storage facilities in New England House as we enjoyed the support of each successive Mayor of Brighton (pre City status).

David Raven was our lead and most prolific supporter and I (plus hundreds of now deceased patients) will always be grateful for his tremendous and active support; we wouldn’t have been able to help so many very sick people retain their dignity without the help of David and others as we received no other financial assistance – not even from St John Ambulance.

Thank you David Raven, you deserve all your accolades on this your 85th birthday.”