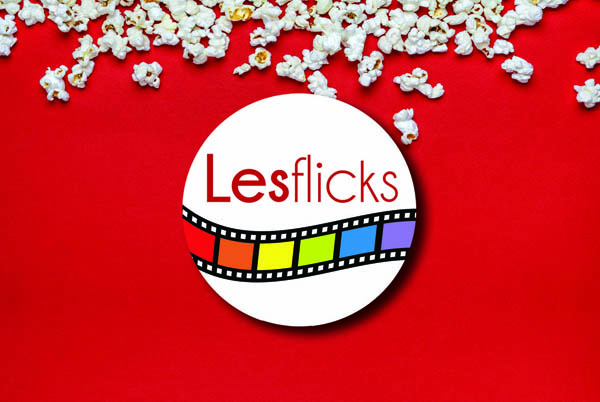 Since launching on March 1, LesFlicks has grown fast establishing there is an audience for lesbian and bisexual stories on the big and small screen.

FOLLOWING the successful launch of three film clubs, a number of private collaborative screenings and the creation of the comprehensive film database; the video on demand platform is launching on Saturday, July 20 a wide selection of short films, webseries, documentaries and feature films. They all have one thing in common – a central lesbian or bisexual story.

There are plans to add more content on a regular basis as membership grows and more films get released. The platform is also launching festival channels to help promote the various film festivals that showcase lesbian films.

A number of film events have already taken place across the UK. LesFlicks is curating and hosting a cinema at the UK’s lesbian arts festival, LFEST in Wales in July with 3 days of cinema between July 19 and 21.

They are planning a cinema screening of JT LeRoy with Manchester Pride over the August bank holiday weekend and a shorts film night with Queer Cinema in East London.

LesFlicks has already collaborated with existing film clubs including Unicorn Nights to screen But I’m a Cheerleader in a cinema for the first time in the UK; hosted a rooftop cinema at Pride in London with MINT Events; supported London International Lesbians Meetup group to host a private preview screening of Tell it to the Bees in North London; and 6 film clubs across London, Birmingham and Manchester have met and seen several films across several months, including Olivia Wilde’s debut film Booksmart in all three locations.

Naomi Bennett, CEO and Founder of LesFlicks said: “Whilst I knew that this was an area where I could make a real impact, I’ve been bowled over by the momentum of interest and opportunities, and the number of films available. The film clubs are providing an important social aspect and we are collecting great data to show that there is an audience for these films which hopefully will help lead to more funding in the future. I’m looking forward to many more collaborations, partnerships and events as we continue to grow our reach and offering across the UK and into Europe.”

Cindy Edwards, director of LFEST added: “The cinema is an important part of LFEST and is extremely popular, in fact it returned this year purely due to numerous requests by festival attendees, as for many women it is one of the few opportunities they get to watch films on a big screen in a room full of other women who appreciate these films. As the UK’s only lesbian arts festival, we’re delighted that Naomi has chosen this festival to launch the LesFlicks video on demand channel. We’ve worked with Naomi for several years and her dedication to the community always shines through.”