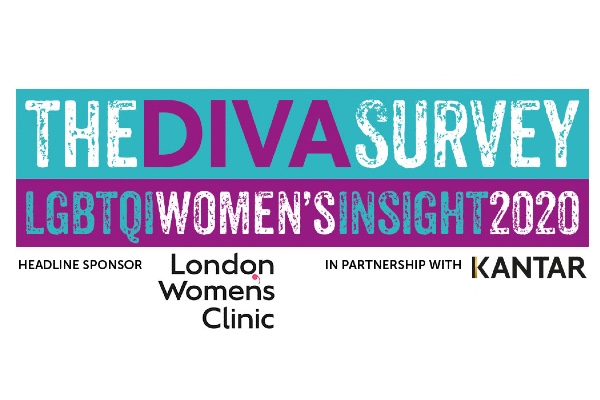 DIVA Media Group, the publishers of DIVA magazine, in partnership with The Advocate, have released the results of the inaugural Lesbian Visibility Week (which this year takes place between 20-26 April) survey, the largest piece of research recognising, celebrating and supporting lesbian, non-binary lesbian, gay, bisexual, transgender, intersex and queer women across the UK and beyond.

In partnership with Kantar, DIVA received over 1,400 responses to the survey, answering questions from a broad range of topics including lifestyle, identity, relationships, family, travel and financial topics.

Key findings from this year’s survey include:

The full survey, plus a visual survey summary, can be found here.

Linda Riley, Publisher of DIVA magazine, said: ”I am delighted that DIVA Media Group has launched the inaugural Lesbian Visibility Week. The DIVA research really highlights the challenges that LGBTQ+ women face; feeling invisible and unsupported in key areas of their lives.

“A standout point in the research was finding out that 36% of LGBTQ+ parents told us that their children had been targeted with homophobic abuse which highlights just how much we still need to do to achieve equality – not just for ourselves but for our children too.

Lesbian Visibility Week, which this year takes place between 20-26 April, is a new annual global initiative launched by DIVA Media Group, the publishers of DIVA magazine, recognising, celebrating and supporting lesbian, non-binary, gay, bisexual, transgender, intersex and queer women across the UK and beyond.