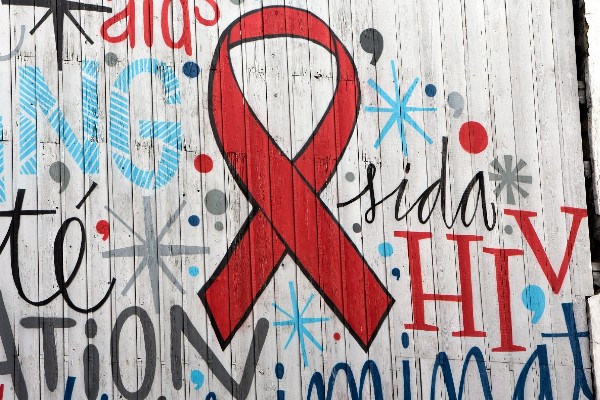 35 of the UK’s leading HIV organisations have joined forces with the cast of It’s A Sin in an open statement that urges the government to increase HIV funding and achieve zero new cases by 2030. Published on the HIV Commission website, the organisations have jointly requested that chancellor Rishi Sunak boosts HIV funding, saying: “Without proper investment and an ambitious plan, we risk missing this once-in-a-generation opportunity to end the UK’s HIV epidemic.”

The Terrance Higgins Trust also released a video to coincide with the statement, in which It’s A Sin star Olly Alexander said it is vital the government does “not miss this opportunity” to allocate more funding to ending HIV transmissions when the UK’s autumn budget is announced later today. Fellow It’s A Sin star, Callum Scott Howells, implored healthcare officials to “expand HIV texting, free at-home testing all year round and tests in hospitals and GPs.”

Earlier this year, a report by STOPAIDS, Frontline AIDS and the All-Party Parliamentary Group on Global LGBT+ Rights (APPG), warned that any more government cuts to HIV/AIDS funding could be “setting the stage for a resurgence of the [HIV] pandemic”. Baroness Barker, vice-chair of the APPG on HIV, added: “Britain is and can be so much better than this. I urge the government to think again. We must save lives and get the HIV response back on track.”