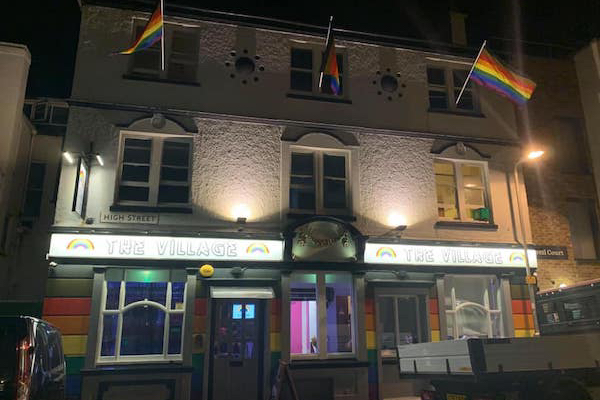 The premises were subsequently served with a noise abatement notice.

Proprietor Lee Cockshott has launched an appeal against the claims, which are due to be heard in Brighton Magistrates Court in January 2021.

Prior to Covid-19 restrictions, the venue was allowed to stay open until 2.30am on Fridays and Saturdays, and until 1.30am on weekdays. The venue’s outside terrace was closed every night by 11.30pm. Live music was permitted until 11.30pm everyday and alcohol could be served up until 30 minutes before closing.

Tyler Bowring, Le Village general manager, said: “I can assure you we always work hard to follow our licensing rules, support our community and neighbourhood.

“This of course extends to our direct neighbours who I hope feel they can always talk to me about any concerns. This, however, has not happened.

“I’d remind everyone, whether a customer or not, that these are hard times for any business and we must keep afloat during these challenging times.

“We risk losing staff, meaning they have no income.”

Brighton and Hove News spoke with a BHCC representative who said; “There were nine complainants between September 2019 and mid January 2020. The first complaint about noise from the premises was received by the council on September 23, 2019.”

In cases like this, licence requests are usually made by the police, trading standards or licensing officers, as opposed to residents.

Regardless of this, any request made for a licence review means a panel must convene to hear it.

Darwell Court, which was finished in July 2016, consists of three one-bedroom flats, a two-bedroom maisonette and a two-bedroom wheelchair accessible flat.

The council built flats, on the former Ardingly Street car park near Ardingly Court and St James’s House, are part of an affordable housing initiative.