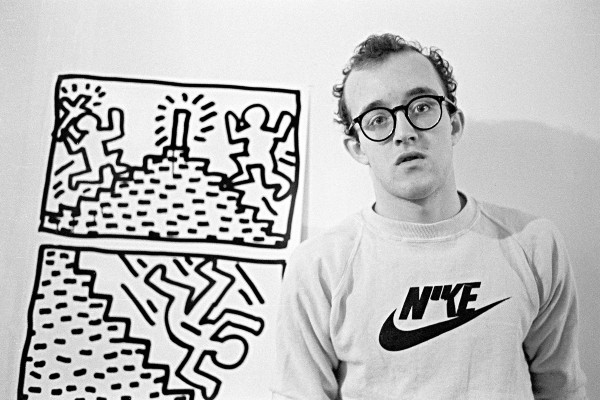 The Keith Haring Foundation, which provides grants to children in need and those affected by HIV, is selling over 140 objects from Haring’s personal collection to raise money for New York’s LGBTQ+ community centre. The online sale titled Dear Keith will run from September 24 – October 1, and features pieces from the pop-artist’s collection of paintings, photographs, prints, and hand-painted objects. Most of the items were acquired by Haring from people in his artistic social circle, including Andy Warhol and Jean-Michel Basquiat who’s pieces are among some of the most expensive in the auction.

Haring was known for his bold street paintings and his desire to make art more accessible for all. He died in 1990 due to HIV related complications but was an advocate for LGBTQ+ sexual health and HIV/AIDS awareness. He also had a personal relationship with the New York LGBTQ+ centre; one year before his death – which was also the 20th anniversary of the Stonewall riots – he painted a mural in the building which envisioned a time when HIV could be cured easily.

The auction is expected to raise around $1 million for the centre which is suffering due to the COVID-19 pandemic. Glennda Testone, executive director of the centre, told art organisation Hyperallergic: “We’re facing a significant funding gap alongside the challenges presented by delivering our services remotely, while our building is closed for public safety. We’ve seen a 45% increase in demand for mental health counselling and substance use treatment throughout the COVID-19 pandemic.

The centre is incredibly grateful to the Keith Haring Foundation and the artists participating for their commitment to carrying on Keith’s legacy and to supporting the LGBTQ community he was a part of and cared about deeply.”