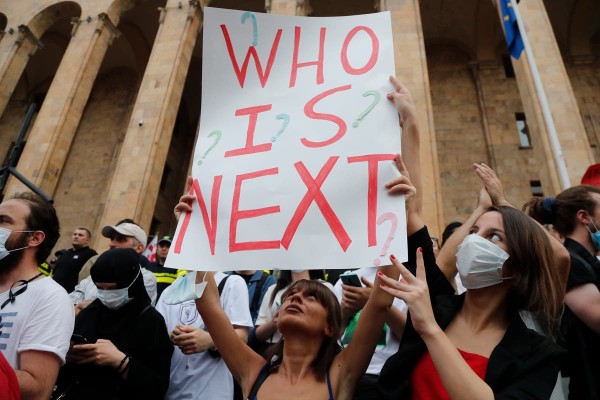 Demonstrations have been held in Georgia after a journalist was killed by anti-LGBTQ+ mobs which disrupted a Pride event. According to the Independent, Alexander Lashkarava was a cameraman at an independent TV station and was covering a Pride march in Tbilisi. However, the Pride event was cancelled before it began, with organisers saying that authorities “failed to secure the safety of the queer community and our supporters.”

Around 50 journalists who were due to report on the Pride event were attacked by anti-LGBTQ+ mobs, with Lashkarava being hospitalised and having to undergo surgery to repair fractures to his facial bones. Although he was discharged from hospital, he was found dead in his home several days later. The exact cause of his death is not yet known.

Local police have launched an investigation into his death, with prime minister Irakli Garibashvili describing it as a “tragedy”, despite saying ahead of the Pride march that such events were “unacceptable for a large segment of Georgian society”. Thousands then took to the streets to demand his resignation in light of the incident. Demonstrators were seen outside the country’s parliament holding signs reading: “Who is next”.