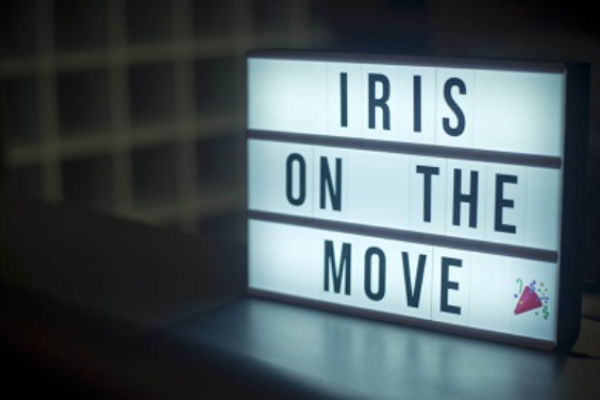 Seven preview screenings of And Then We Danced, winner of the Iris Prize Best Feature Award 2019 sponsored by Bad Wolf.

“I made this film with love and compassion. It is my love letter to Georgia and to my heritage.”

Best British winner – My Brother is a Mermaid, the first short film to take three awards at the Iris Prize Festival is included on the tour.

Organisers of the Cardiff-based Iris Prize LGBT+ Film Festival have confirmed the programme of films and guest speakers to tour the UK in 2020 as part of Iris on the Move. The highlight of the tour will be preview screenings of And Then We Danced, a story of rivalry and desire set within the world of a prestige dancing academy in Georgia.

“The film is a visually ravishing drama and has secured lavish praise at festival screenings across the world, winning many awards including the Best Feature Award sponsored by Bad Wolf at Iris this October.”

“The controversy surrounding the film’s premier in Georgia a few months ago only proves what we’ve been saying at Iris for some time – we should not take for granted the freedom we have secured for ourselves as LGBT+ people. Things can change very quickly in this world and more often than not it is minorities like us who are targeted.

“I’m therefore delighted that with the support of Peccadillo Pictures, who are distributing the film in the UK, we are able to include preview screenings of And Then We Danced as part of Iris On The Move.”

IRIS ON THE MOVE – highlights

The 2020 touring programme will also include My Brother is a Mermaid; a magic-realist story about a trans teen living in a dilapidated seaside community. Directed by Alfie Dale, it is the first short film to take three awards at the Iris Prize Festival – receiving Cardiff University’s Iris Prize Youth Award and the Buzz Magazine Audience Award as well as the Iris Prize Best British Prize sponsored by Pinewood Studios.

Joining director Alfie Dale on tour will be the film’s lead actor Cameron Maydale, who will be performing a selection of his music to entertain audiences post screenings.

Alfie Dale, director, My Brother is a Mermaid, commented:

“I’m very excited that My Brother is a Mermaid will get to travel across the UK as part of Iris on the Move. We make films to be seen and the Iris tour is a great way to reach a new audience and share an important story. It’s an honour and a delight to be a part of the Iris team who have a passion for bold cinema, and really champion the films that come up through the festival.”

The organisers have announced that the Wales-based Education and Community Awards, now in their 4th year, will for the first time be accepting entries from across the border in England, Scotland and Northern Ireland. They also confirmed the addition of Micro Shorts as a new category in the competition. Submissions close on 20 December and the awards will be presented on Friday 24 January 2020 in Llandudno Junction.

All screenings are open to the public. Iris on the Move 2020 will be visiting  Brighton @ The Warren, Brighton Fringe Festival.  30 April through 31 May