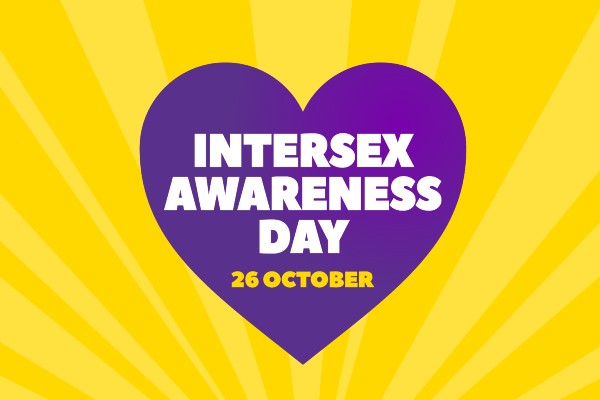 Monday October 26 is international Intersex Awareness Day; an event which shares the histories and experiences of the intersex community and promotes equality. The Intersex Day Project was established in 2015 by Morgan Carpenter with Laura Inter, but the first Intersex Awareness Day was created by Betsy Driver and Emi Koyama in 2003 to mark a 1996 Intersex Society of North America protest. Driver said: “We framed Intersex Awareness Day as a grassroots effort to raise awareness around intersex” and wished to commemorate “that small group of brave individuals in 1996 [who] opened many doors.”

Intersex refers to those whose anatomy does not fall under typical definitions of ‘male’ or ‘female’. Jonathan Leggette, a representative of LGBTQ+ organisation GLAAD, said there is a “misconception that biological sex is binary [which] makes intersex people feel alone and unnecessarily ashamed of their bodies.” They also highlighted there is a lack of intersex representation in the media, saying  “intersex people are often not represented or given equal access to resources”, and pointed out the importance of ‘celebrating and recognising’ October 26.

Many are celebrating the day on social media including Amnesty UK Rainbow Network, who wished its followers a happy Intersex Awareness Day, and National LGBTQ+ helpline Switchboard who shared a message of solidarity with the intersex community. The Brighton & Hove LGBTQ+ Workers Forum also tweeted in honour of the day, saying ‘the bar for intersex inclusion needs to be raised’.