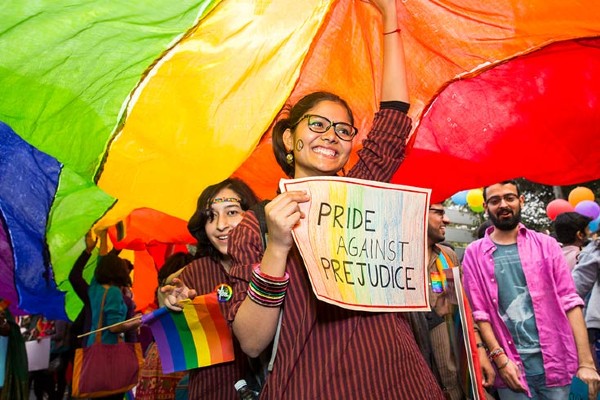 The Nationalist Congress Party (NCP) in India has become the first political party in the country to set up a dedicated LGBTQ+ cell; a specific unit within the organisation dedicated to LGBTQ+ issues. The NCP was the first in the country to create a young women’s cell and is now hoping to alleviate the prejudice against India’s queer community after the unit was formally launched in Mumbai by NCP president Jayant Patil & MP Supriya Sule. Both said they aim ‘to do justice to the deprived section’ of India’s citizens.

Sule continued: “We felt the LGBTQ+ community needs equal rights, so we made a separate cell for them”. The move was unanticipated due to the government’s lack of attention to LGBTQ+ issues, with a Twitter user saying ‘this was entirely unexpected’. News 18 reported out of 543 MPs in India, only 151 have ever spoken about LGBTQ+ issues throughout their careers. Although same-sex relations are not criminalised in the country, same-sex marriage is still illegal and there are no protections against LGBTQ+ discrimination.

Many have congratulated the NCP, with one person tweeting “finally a political party recognises the rights of the LGBTQ+ community” and saying they hope this sparks a ‘political revolution’ in India. Another agreed, tweeting ‘every party should learn’ from the move.