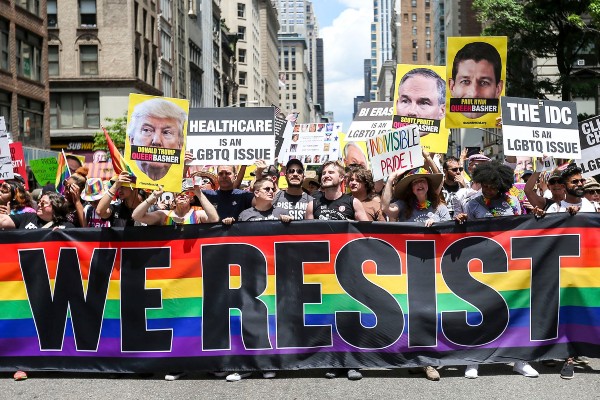 LGBTQ+ organisation, IGLA, has released its 2020 State Sponsored Homophobia report, which provides data on laws that affect LGB people in both United Nations countries and independent regions. It found 69 UN member states continue to criminalise consensual same-sex activity, compared are 124 (64%) where same-sex relations are legal. Costa Rica was the latest country to legalise marriage equality, making it the 28th UN state to do, with a further 34 providing partnership recognition for same-sex couples.

81 UN states have laws protecting from discrimination in the workplace on the basis of sexual orientation, compared to only 15 twenty years ago. Other positive developments include Sudan repealing the death penalty on consensual same-sex sexual acts, and Germany becoming one of the 4 UN member states which banned LGBTQ+ conversion therapy at the national level. Despite considerable progress in some countries, others have seen increased hostility towards the queer community, including the proliferation of ‘LGBTQ+ free zones’ in Poland and Indonesian authorities seeking to increase the practise of conversion therapy.

Julia Ehrt, director of programmes at ILGA World, said the Covid-19 pandemic adversely impacted the LGB community: “For our communities, safe spaces dramatically shrunk overnight. Some governments took advantage of these circumstances and stepped up their efforts to oppress, persecute, scapegoat, and to violently discriminate against us. In many places where laws were already a cause of inequality, things have only got worse. Amidst such concerning situations, explicit legal protections against violence and discrimination have become – more than ever—paramount to safeguard our human rights and dignity, to prevent harm, and to heal from the violations we suffer.”

However, they continued: “This publication is a vital source of information for human rights defenders, states, researchers, media and the general public on how laws affect people on the grounds of their sexual orientation…Each section of this report also contains hope for a better tomorrow – a future in which our communities will no longer have to fight to reclaim rights that should have never been taken away from us in the first place.”