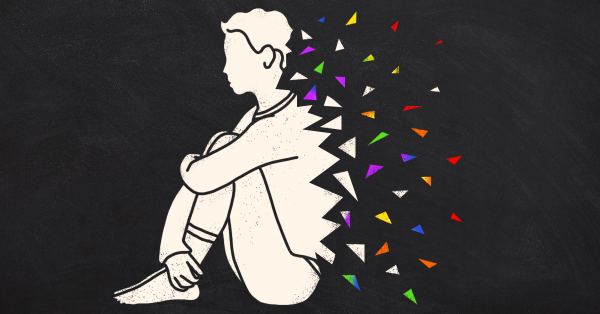 Mind, the UK’s mental health charity, has published a report collecting experiences from those who have suffered from conversion ‘therapy’, and those who have worked with the survivors of these practices.

Mind states it has “long been supportive of ongoing plans for legislation to ban conversion ‘therapy,’ but in recent months these plans have been watered down in an exclusionary way, and now appear to have stalled altogether”. The charity is sharing these testimonies with MPs to reinforce why such a ban is essential, and encourage them to close loopholes which currently exist in the proposed ban.

“I felt like I was drowning in a pool of my own shame. I know this sounds dramatic but, in some ways, I’m surprised that I didn’t take my own life and that I am still here.” – Person with lived experience of conversion ‘therapy’

Conversion ‘therapy’ aims to change, ‘cure’ or suppress a person’s sexual orientation or gender identity. These practices can include formal sessions that present themselves as ‘therapy’. But more often they can be more subtle, such as some faith groups giving advice on how to not act on sexual orientation. There can also be more extreme practices such as physical and sexual violence, or exorcisms.

Conversion practices teach people not to care about themselves as they are taught to believe there is something wrong with them. Research shows people who have been subject to conversion ‘therapy’ are twice as likely to struggle with suicidal thoughts, and are 75% more likely to plan to take their own lives.

“If you look at survivors’ groups for people who have been through conversion and reparative therapy, you see an increase in levels of depression, panic disorders, anxiety, suicidal ideation, increased suicide attempts, increased substance misuse, increased self-harm.” – Chief Executive at a local Mind

Mind is calling on the UK government to re-prioritise this ban, after reports that legislation outlawing conversion therapy is currently under review.

The charity is also asking for several loopholes to be closed in the legislation. One loophole currently allows for conversion practices in religious settings, while another allows conversion therapy where a person ‘consents’ to it. Both of these would render a ban ineffective. Conversion ‘therapy’ is administered by faith groups in 51% of cases, and often people undergoing conversion practices may agree to take part without understanding the mental and sometime physical harm it can cause. The ban must also cover attempts to “suppress” someone’s sexuality.

“I had the women on the church as well came talking to me saying how they’re not homophobic, that I can be gay, but I can’t be with anyone for the whole of my life and that I have to suppress my desires and that my love for God should be enough….” – Person with lived experience of conversion ‘therapy’

The UK government also must make sure that any ban on conversion ‘therapy’ covers attempts to change a person’s gender identity. Trans people in the UK experience higher rates of mental health problems, self-harm and suicidal ideation. The government’s own research suggests that trans people are much more likely to have undergone, or been offered, conversion ‘therapy’ (13%) than cisgender people (7%).

“I trusted my parent’s judgement more than my own and so I attended conversion therapy for three years. I had zero confidence, felt guilty for the pain of everyone around me and believed I was unlovable.” – trans person who has experienced conversion ‘therapy’

Commenting on the report, Vicki Nash, Associate Director of Policy, Campaigns and Public Affairs at Mind, said: “Conversion ‘therapy’ has no place in a civilised society. It’s deeply harmful and regressive, and its continued legality in the UK should be a source of shame for our government. The experiences which people who’ve been subject to conversion ‘therapy’ have shared in this report speak for themselves.

“The consequences of conversion ‘therapy’ can be life-changing, and sadly even fatal. Every further delay by the UK government to legislation banning this leaves more LGBTQ+ people at risk of serious psychological harm.

“We also need proposals from the UK government as to how they plan to patch the major loopholes still present in the proposed ban, which could render many conversion ‘therapies’ still legal in practice. The ban must also cover attempts to change people’s gender identities. Having to navigate legislative complexities is no excuse for not protecting minority groups from practices which seek to erase their identity.

“We will not rest until a comprehensive conversion ‘therapy’ ban is in place. We are so thankful to those people who have lent their voices to this campaign. Now MPs need to listen.”