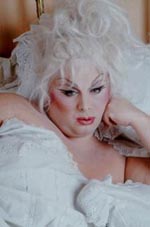 The European premiere of I Am Divine, a documentary about the life of legendary actor, drag queen and singer Divine is to the open the 27th BFI London Lesbian & Gay Film Festival, which takes place from Thursday, March 14 – Sunday, March 24.

Directed by Jeffrey Schwarz, the film is a fascinating account of Divine, the larger than life, queer icon who was notorious for working with John Waters, and includes contributions from friends, colleagues, actors and most notably, his mother.

This year’s festival will feature over 100 titles, offering a wide variety of films, special guests, workshops and music; and for the very first time will be divided into three easily navigable sections: Hearts, Bodies and Minds, where you’ll find shorts, feature length drams or documentary and events or archive classics.

The full programme will be released at a launch event on Tuesday, February 19 and online.