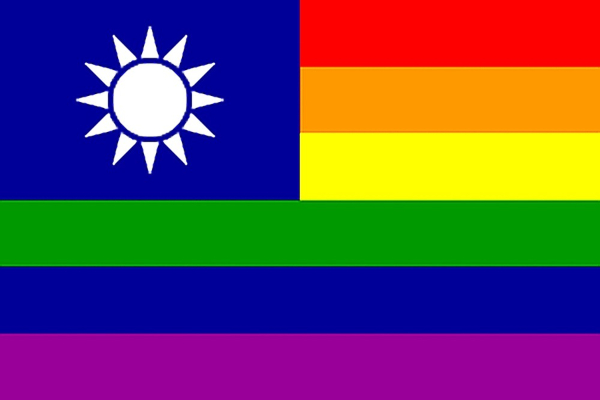 This year was the first LGBTQ+ Pride parade since Taiwan became the first Asian country to legalize equal marriage. The 5.5km route started at Taipei City Hall and continued along Zhongxiao East Road, ending at the Presidential Palace.

It is estimated that between 170,000 to 250,000 people were in attendance throughout the day, with visitors from approximately 100 countries.

With this now the largest Pride event in Asia the sun shone over hundreds of thousands of people who took to Taipei’s streets to celebrate love. Since its initiation in 2003, drawing visitors every year from countries worldwide to join the festivities and experience the island’s vibrant civil society. The 17th LGBTQ+ parade focused on the theme, “Together, Make Taiwan Better,” calling for compassion and care among LGBTQ+ communities and the general public.

There were two stages, at Taipei City Hall Plaza and Ketagalan Boulevard, six ‘teams’ for each color of the rainbow, 24 floats and approximately 180 groups officially registered for the parade. Five flags representing bisexual, trans, pansexual, asexual and intersex groups led the teams throughout the route.

A record-breaking 30 companies signed up to participate and sponsor the parade this year. Meanwhile, over 100 booths joined in the Rainbow Market, a vendors’ area at Taipei City Hall Square offering LGBTQ+-oriented merchandise, NGO information, and other commercial services.

According to Ministry of the Interior statistics, a total of 2,155 same-sex marriages were registered in Taiwan as of the end of September, of which 1,461 pairs were women and 694 were men.

Even though Taiwan has legalized same-sex marriage, discrimination and misunderstanding toward LGBTQ+ people still exist, and this requires constant attention and action in society, said one of the organizers, the Taiwan Tongzhi (LGBTQ+) Hotline Association.