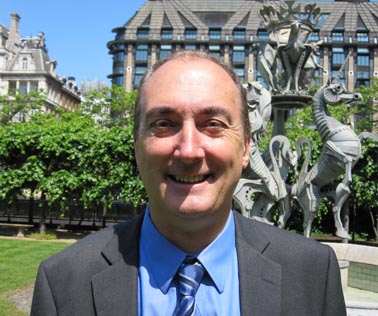 Mike Weatherley, the Conservative MP for Hove and Portslade, has tabled an Early Day Motion (EDM) in support of the UK’s music industry.

EDM 660: Music Royalties from Abroad, draws attention to the fact that the UK is one of only three countries in the world which is a net exporter of music.

The motion calls on the Government to ensure that the UK music industry maintains its competitive advantage with robust copyright policies.

Overall, the UK music industry employs 130,000 people, contributes £5 billion to the economy, and is recognised by the Government as one of the UK’s biggest and most culturally significant creative industries.

“In the last decade, revenues for UK songwriters and composers have doubled from £88 million to £187.7 million. This year revenues have increased by 10%, which reflects the growing importance of the music industry to the UK economy. We should all be proud of this exciting export market and burgeoning industry and I hope that the Government will do everything that it can to further support Britain’s songwriters, publishers and composers.”

EDM 660 – Music Royalties from Abroad, reads:
That this House recognises the achievement of UK songwriters, composers and publishers abroad through their creative endeavours; applauds the efforts of the Performing Rights Society for Music for collecting an additional 100 million in royalties from overseas during the past decade to reach the sum of over 187 million in 2011 due to the widespread consumption of British music abroad and improved music licensing practices around the world; notes the fact that the UK is one of only three countries in the world which is a net exporter of music; and acknowledges that extra international revenue will flow back into the UK in the future through Government support for robust copyright and fiscal policies, both domestically and internationally, to ensure that the UK maintains its music export competitive advantage.