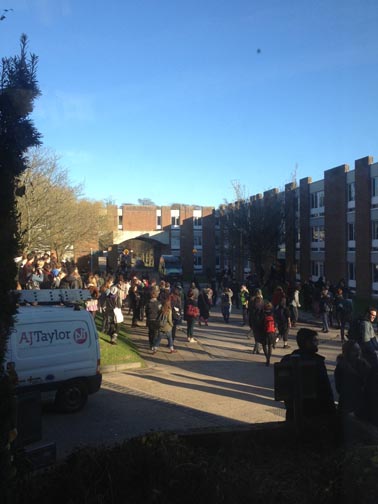 Mike Weatherley, the Conservative MP for Hove and Portslade, finally delivered his speech to a group of Sussex University Conservative Society students, last week after he was prevented from speaking by a group of violent squatters at the campus in November.

Mike campaigned for squatting to be criminalised after his election to Parliament in 2010 and was supported in his campaign by the Prime Minister. Mike claims squatting is a huge problem in Brighton & Hove, with numerous instances of this organised and frequently menacing behaviour he says blights the lives of ordinary people.

Irate squatters have dubbed the new law “Weatherley’s Law” following Mike’s campaign to introduce the new legislation. Mike is now campaigning for the law to be extended to commercial properties.

“I am pleased that I have finally been able to safely deliver the speech that I intended to give at the debate at Sussex University. Sadly that event was violently disrupted by a bunch of pro-squatting thugs who assaulted two female members of my staff, which meant that a large number of students were not able to hear what I had to say. However, last night the students really appreciated hearing what I was going to say and having a proper debate on the issue – something that the thugs wanted to stop taking place.“