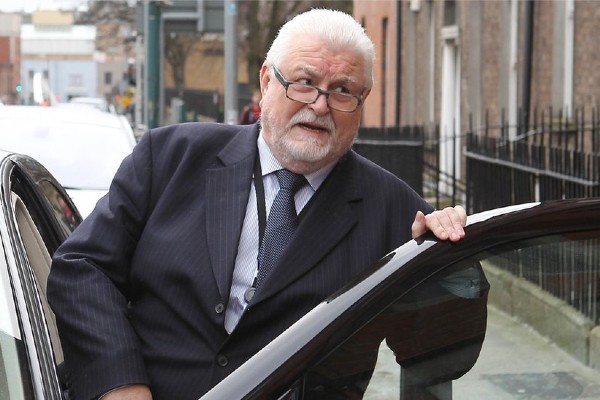 On December 3, it was announced that Lord Ken Maginnis, 82, is being suspended for at least 18 months by the Lords Conduct Committee, after harassing various LGBTQ+ MPs with homophobic language. According to the inquiry into his behaviour by Lucy Scott-Moncrieff, Maginnis is guilty of verbally abusing Luke Pollard and Hannah Bardell, who are both LGBTQ+ MPs, as well as a parliamentary security officer. Bardell witnessed that event and subsequently spoke out about his abusive behaviour.

Talking to HuffPost about Bardell, Maginnis said: “She and I are known to be on other sides – I am opposed to abortion, I am opposed to gay people like her seeking to change marriage. You might say I’m old fashioned, or you could say I’m conservative in Biblical terms – I mean, I’m not a preacher or anything…Queers like Ms Bardell don’t particularly annoy me,” sparking backlash from many. He also claimed there would have been no issue with the parliamentary security guard had Bardell not ‘intervened’.

Bardell responded “I challenged his behaviour because staff do not deserve to be subjected to this kind of abuse. Lord Maginnis has now not only admitted to this terrible behaviour, but he is now turning to spouting this homophobic bile. While I might not annoy him, homophobic, rude and intolerable men abusing their positions of power annoy me, greatly.”  The Scottish Telegraph also noted Maginnis compared same-sex relations to bestiality, and described gay marriage as unnatural in 2012. He is now required to undergo mandatory training to address his behaviour, and has been threatened with a further suspension if he fails to engage constructively with the course.