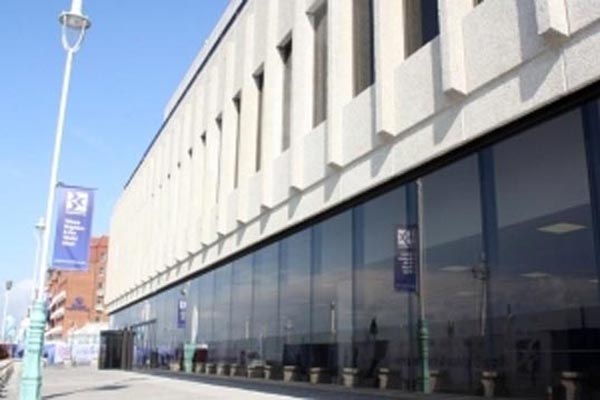 Outreach workers say the temporary night centre set up at the Brighton Centre last year after a public and Green campaign was “invaluable”.

GREEN Councillors have welcomed the news that a winter night shelter and homeless hub could be offered all year round after their campaigning for more facilities to prevent rough sleeping.

A report that went to Policy, Resources and Growth Committee today explores the impact of the night shelter, which opened last year following a public campaign and a proposal from the Green Group of councillors to set up a new homeless shelter.

Outcomes achieved for many rough sleepers were positive, with several people given shelter being successfully helped to make the move off the streets and on to supported accommodation.

The local Street Outreach Team described the service as “invaluable”, describing how ambulance staff were able to return people back to the shelter, rather than “leaving them on the street.”

The report also details how staff and services at the shelter agree that “the stability of having this facility has had a huge impact on the welfare for a large proportion of those who were accepted for beds.”

Greens have been calling for greater homelessness support to be provided year-round, after the shelter closed in March this year. Plans for a more permanent facility will be detailed in reports due later in 2018.

Green Councillor David Gibson, who helped to put forward the original proposal for a new night shelter for Brighton and Hove, said: “The review of the night shelter highlights that as well as providing safe haven, the scheme enabled at least 17 people to move off the streets and into sustained accommodation. The shelter came about thanks to tireless campaigning by homelessness activists, notably John Hadman, and they deserve recognition. After successful Green proposals that asked for empty buildings to be used as homeless shelters, it was heartening that so many volunteers and businesses helped out and offered many added benefits to support rough sleepers.

“With rough sleeping rising in our city, we will continue to demand more action to end the city’s housing scandal and we have called for similar services to be provided on a more permanent basis. Part of the learning is around costs, as in the future these need to be brought down. The shelter was organised at the last-minute and this should be better in the future. However it’s clear that even in a short time, the shelter was able to prevent people from further rough sleeping and achieved a lot more than the Severe Weather Protocol Shelters, which simply keep people warm and dry.

“I welcome the commitment of the Council to continue the night shelter and consult on more generous emergency shelter provision in severe weather, and to use Government funds to provide an all year round hub. The most vulnerable in our city have to wait months for shelter and more action is needed to end this.”

Councillor Tom Druitt, who proposed the use of empty buildings as homeless shelters last year, added: “I’m so glad the night shelter made such a difference and I welcome the news that some provision may be offered all year round; something we, with campaigners, have been calling for.

“We need to look at what learning comes out of this, including about how future plans can use resources more effectively to bring down costs. Greens want to see a step change in the level of support provided to end homelessness, and we will continue to work together with colleagues to see how we can ensure the Council does more for those who find themselves without a home – something that could happen to any of us.”