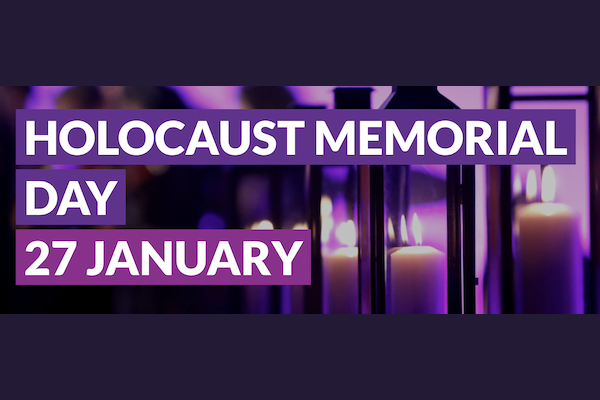 Brighton & Hove City Council (BHCC) will support the Brighton & Hove Holocaust Education Project in commemorating this year’s Holocaust Memorial Day (HMD), which has the theme Be the Light in the Darkness, and will be online for the first time on Wednesday, January 27.

A special one-hour programme will be live-streamed courtesy of Latest TV at 2pm and 6pm on the day through their website. Latest TV’s Yael Breuer will conduct interviews with Holocaust survivors and share stories and tributes from communal and public officials under the rubric of this year’s theme.

HMD is the international day of remembrance for the millions of people murdered during the Holocaust, alongside the millions of other people killed under Nazi Persecution and in subsequent genocides in Cambodia, Rwanda, Bosnia and Darfur. According to LGBTQ+ charity Stonewall, between 1933 and 1945, an estimated 100,000 men were arrested in Nazi Germany as ‘homosexuals’, of whom 50,000 were sentenced, and between 5,000 and 15,000 were sent to concentration camps. Lesbians, bi women and trans people, whose experiences remain under-researched, were also targeted. It is unclear how many LGBTQ+ people perished in these camps.

HMD is for everyone. Each year across the UK, thousands of people come together to learn more about the past and take action to create a safer future.

This year’s theme encourages everyone to reflect on the depths humanity can sink to, but also the ways individuals and communities resisted that darkness to ‘be the light’ before, during and after genocide.

Cllr Steph Powell, joint chair of the BHCC’s Tourism, Equalities, Communities & Culture Committee, said: “While we can’t meet in person this year, it is positive that we can come together to mark this very important annual commemoration.

“On Holocaust Memorial Day, we stand with our communities to commemorate the six million Jews murdered during the Holocaust and say – never again.

“Holocaust Memorial Day also asks that we root out hate wherever we find it, and acknowledge the millions of other people killed under Nazi Persecution, and those murdered in genocides since, such as those in Cambodia, Rwanda, Bosnia and Darfur.

“The holocaust must never be forgotten, nor must it ever be repeated. We must all learn the lessons from the past, and how harmful prejudice and discrimination is.

“We do not tolerate hate in our city, and we support all of our diverse communities, including our faith, BAME, LGBTQ+ and disabled communities.

“We continue to work collaboratively with our community groups bringing people together, building tolerance and standing against hate wherever we find it.”

Find out more on the Holocaust Memorial Day Trust website.