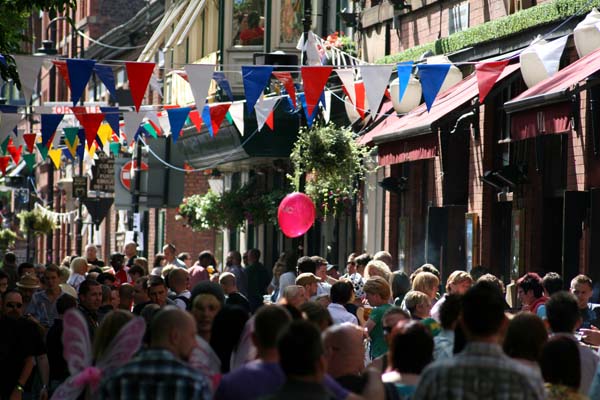 MANCHESTER PRIDE, the award-winning festival for lesbian, gay, bisexual and transgender (LGBT) people, is hosting an evening of festive fun and fundraising in the Manchester’s Gay Village on Friday, December 5.

In a bid to bring some seasonal sparkle to the gay village, Taurus on Canal Street will be transformed into a magical Winter Wonderland where guests will be greeted with mince pies and mulled wine.
Local artists including vocalist Ruby Lane will be appearing and inviting guests to join in a seasonal sing-a-long.
There will also be a winter version of the ever popular ‘It’s a Gay Knockout!’ and Stockholm EuroGames organisers will be there with Manchester based Pride Games looking for recruits for their next Gay Games event.
Donations will be taken on  the door and money raised will go directly to the Manchester Pride Community Fund.
The focal point of the Manchester Pride festival is the Big Weekend which takes place every year over the August Bank Holiday weekend with a host of pop acts performing on the main stage alongside performers from the local community, a market and the George House Trust Candlelit Vigil.
You can follow the charity on Twitter @manchesterpride or find more information on their website manchesterpride.com