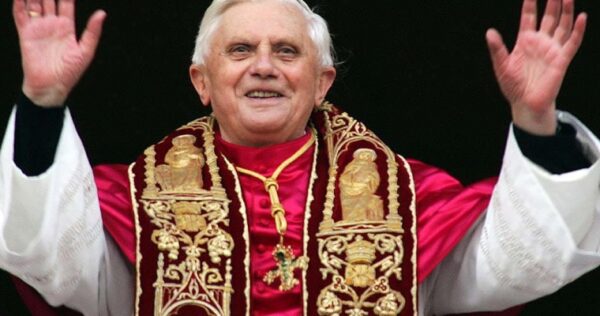 Speaking ahead of the funeral of the former Pope Benedict XVI, this Thursday, human rights campaigner Peter Tatchell said:

“Pope Benedict was an unrepentant homophobe. Some of his doctrinal declarations on homosexuality echoed the bigotry of far-right and Islamist extremists. He will not be mourned by the LGBTQ+ community.

“In 1992, as head of the Congregation for the Doctrine of the Faith, he authored an official Vatican declaration: Some Considerations Concerning the Catholic Response to Legislative Proposals on the Non-Discrimination of Homosexual Persons.

“This stated that a homosexual orientation is an ‘objective disorder’ and a ‘tendency ordered towards an intrinsic moral evil.’

‘The practice of homosexuality may seriously threaten the lives and well-being of a large number of people…(it is) behaviour to which no one has any conceivable right.’

“It demanded that Catholics oppose LGBTQ+ equality and laws protecting LGBTQ+ people against discrimination; saying there is ‘no right’ to be gay and declaring that the human rights of LGBTQ+ people can be ‘legitimately limited.’

“It compares restrictions on the human rights of homosexual people to what it deems to be the necessary and justified restrictions placed by society on ‘contagious or mentally ill persons.’

“Benedict noted that some forms of anti-gay discrimination are ‘not unjust’ and may even be ‘obligatory’ – especially with regard to ‘the consignment of children to adoption or foster care, in employment of teachers or coaches, and in military recruitment.’

“Benedict’s declaration went on to suggest that when LGBTQ+ people seek equal human rights ‘neither the Church nor society should be surprised when … irrational and violent reactions increase.’

“This was widely interpreted as implying that LGBTQ+ people provoke homophobic prejudice and violence, bringing hatred upon themselves and being responsible for their own suffering as a result of our illegitimate demands for equality. He seemed to be blaming the victims of homophobia, not the perpetrators.