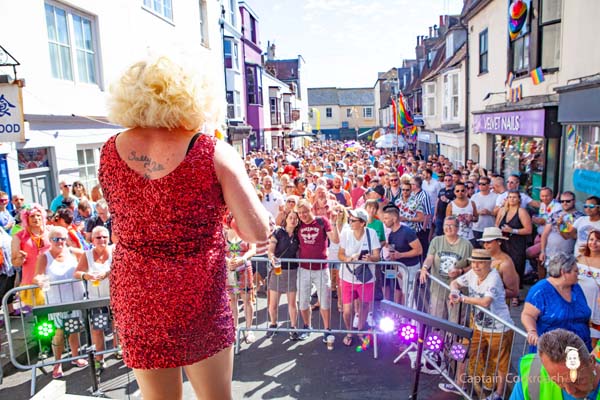 You have the last chance to have your say on the future of the Pride Village Party with the council’s online consultation closing on Thursday, January 31.

FOLLOWING representations in April 2018 from The Kingcliffe Society, conservation group, the city council decided to allow residents across the city to have their say on the future of the Pride Village Party (PVP).

UP until 2015 the PVP was not organised officially by either the council nor by Pride itself, instead, visitors independently congregated in the area known as the ‘gay village’ attracted by the LGBT+ bars and clubs that are located in the St James Street area. At times this caused chaos as it was not possible to regulate the numbers of people coming.

Since 2015, at the request of the council, Pride organisers have managed the PVP putting resources in place to manage the disruption to local people including additional security personnel, street cleaning and toilets. It is now a ticketed event limited only to certain parts of St James’s Street and neighbouring roads and it is generally considered to be well organised.

The council has taken the decision in an election year to ask residents all over the city if they think the event which generates £20.5 million for the city’s business economy, and raises many thousands of pounds for local generic voluntary sector organisations who the council can no longer grant fund due to government cuts, if among other things they think the event should continue to take place.

The consultation is open from, December 13, 2018 to Thursday, January 31, 2019. Responses will be reported to the Tourism, Development and Culture committee in March 2019.

David Hainsworth former Secretary of The Kingscliffe Society says: “Of course it should continue! For the last few years the Pride Team has successfully handled the event which, from the organisational point of view, continues to improve each year. Prior to that, and without any formal structure and organisation, the event was seriously chaotic and at times, dangerous.

“There are calls to move the event to the seafront. There are advantages to this, one is that it would be away from residential streets. The question would then be, how are members of the public that remain attracted to the various establishments in the St. James’s Street area managed? Residents do not want choas to return.

“The consultation is an opportunity for everyone who lives in the area to put their view forward, not just the few. It’s an opportunity to collectively secure the future of this crucially important part of the City’s Pride Festivities.”

If you require a paper copy of the questionnaire, contact the Safer Communities team on 01273 292100 and leave your name and address. A paper copy will then be sent to you by post.

To lobby your elected city councillors and MPs click here: