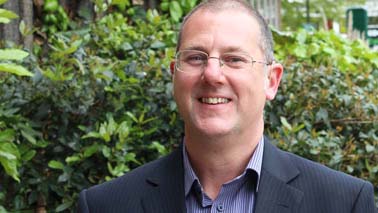 Residents of Brighton & Hove wishing to voice their opinion on the City Council’s communal recycling proposals have only until Monday, May 6 to return their questionnaires.

More than 32,000 residents were sent leaflets and questionnaires, which invited views on proposals which would see communal bins for mixed recycling (paper, card, cans and plastic bottles) placed in most city centre streets, near to communal refuse bins.

Recycling bins for the city centre scheme would be smaller than the refuse bins and held in place with fixing posts. Where possible, containers would be placed sideways to reduce the impact on parking spaces. Separate glass bins would be located further away from domestic properties.

”We look forward to hearing from residents living in the heart of the city and hope as many people as possible respond to the consultation.

“The aim of the proposals is to make it easier for residents to recycle, which will increase the city’s recycling rates, and to improve the environment in the city centre. We’ve set out the pros and cons of the proposal, so people can make up their own minds.”

Last year 3,200 households in the Brunswick and Adelaide area took part in a trial that resulted in a 70% increase in the amount of material collected for recycling. The recycling rate for the ward rose from 12.5% to 21%.

A survey carried out at the end of the trial also showed the scheme was popular with residents with 73% of those responding saying they preferred the new scheme to black box collections.