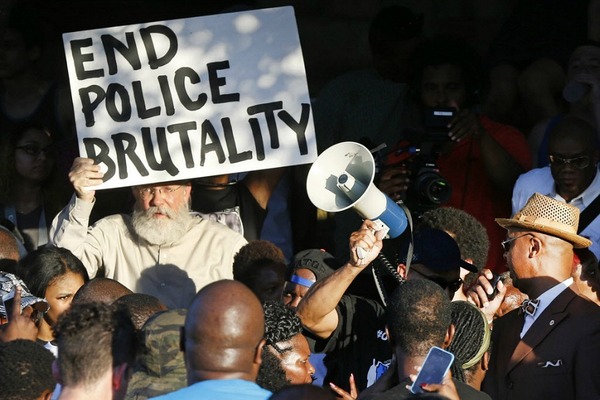 Many commemorated American politician and LGBTQ+ activist, Harvey Milk, on Friday November 27, which marked 42 years since his assassination by political opponent, Dan White, less than a year after being voted onto the San Francisco city board in 1977. However, a recent piece in The Guardian discussed the little known fact that Milk’s opposition to police brutality played a key part in his murder, along with the killing of San Francisco’s progressive mayor George Moscone – an issue relevant to today’s Black Lives Matter movement, which contests police violence.

The piece, which described Dan White as a ‘bigot’, said at the time of Milk and Moscone’s deaths, the city board was debating a potential decree which would have been a ‘major step’ towards limiting the power of the San Francisco Police Department to use violence towards racial minority citizens and LGBTQ+ people. A key part of Moscone’s plan as mayor was to address police brutality and protect minority citizens, leading many to consider him as ‘radical’ at the time. White was being encouraged to get back onto the board by police unions who needed his vote to ensure the decree would not be successful.

The vote was deadlocked, but the bill would have failed had White returned to the city board. White falsely believed Milk had encouraged Moscone to not reappoint him, and assassinated them both. While many citizens grieved their deaths, many police officers celebrated, and were seen wearing t-shirts with ‘Free Dan White’ written on them.

The piece concluded that “it is important to make these connections and recognize this history” of police brutality in the US. It wrote, in relation to the Black Lives Matter protests: “George Floyd, Breonna Taylor, Daniel Prude, Stephon Clark and too many others are part of the long and brutal history of killings of African Americans by security forces in the US that probably predates the founding of the country.”