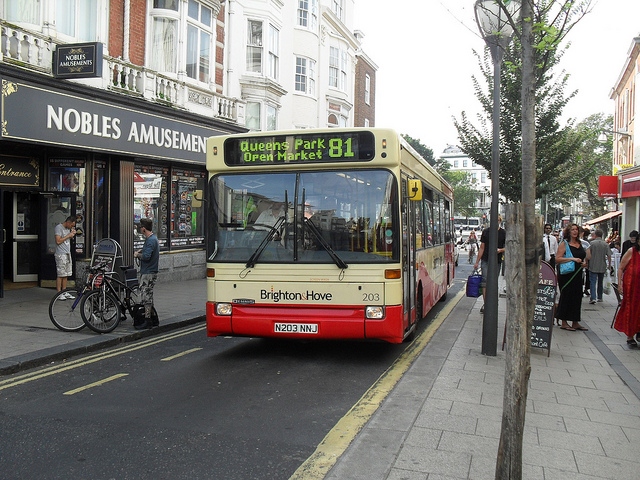 Following the success and positive energy generated at the public meeting called by community activists at Dorset Gardens Methodist Church on Friday, November 30, I went along to the the same venue this afternoon, Wednesday, December 5 to see a re-run of Fridays public meeting with no more than 10 local residents in attendance. Other people present included the three local ward councillors, three representatives from the police, three or four people from the council’s community safety team and a representative from a local Community Interest Company.

The word “toxic” was ringing in my ears from the public meeting last Friday. I mistakenly thought that this just referred to the involvement of local politicians in the Local Action Team (LAT) process.

After sitting through tonights meeting I now appreciate it also includes the group of professional moaners and wannabes present today who it seems are pulling the strings of the local politicians and the politicians seen unable to deal with them.

I can best explain the experience by quoting the words of the gentleman sitting next to me who owns a Hotel in the St James Street area and referred to the “me me me” culture that was controlling the tone and ultimate outcome of the meeting. This was in stark contract to the “us us us” culture of last Fridays meeting.

If this meeting was typical of how the business of the former St James Action Group and LAT was undertaken,  I now fully understand why anyone with an ounce of integrity would not want to put themselves though that torture on a monthly basis.

Unfortunately for them, the police and council officers present, were paid to be there today. They have my sympathy. However the politicians have got themselves embroiled in a process they would be well advised to steer clear of. This is a peoples forum, not a politicians forum. Councillors are elected officials, and should be there to answer the concerns of all their residents, not cow tow to a tiny pressure group of professional moaners. It is little wonder that nothing ever gets done.

This tiny group of unaccountable people are holding the wider community ‘hostage to fortune’ aided by their elected officials who are not prepared to stand up and explain to them their behaviour is fully unreasonable and not acceptable in a modern, progressive society.

The politicians need to ask themselves why they were even in the room today. This morning I asked the council’s press department the purpose of the meeting today.

“The aim of the meeting is to improve safety and perceptions of safety in the St James’s Street area, and give local residents and businesses a chance to discuss their concerns about crime and antisocial behaviour with senior police, councillors and staff. It is also hoped that the meeting might help support a possible relaunch of the area’s local action team.”

As far as I could see only one business bothered to turn up along with the man who does the local ghost walks and said he felt unsafe when showing visitors round St James Street. A helpful resident suggested he take  a security guard on his tours with him.

It appeared to me the politicians were pandering to the concerns of no more than 6 local residents. The three local ward councillors need to make themselves accountable to their total electorate and not this small group of professional moaners. Far too much time was spent trying to find a way of merging the ‘Toxic Past’, manifested in the room today with the ‘Refreshing Positive Future’ which revealed itself at last Fridays public meeting.

To the people who signed up for the new Local Action Team last Friday, the best advice I can give you is not to worry about the money in the bank account of the dormant St James Street Action Group. Like the personalities involved in this sad drama the money is “Toxic” and the administration do not have the courage to let the money be transferred to help your modernising agenda to move forward and help you improve your area.

Last Friday’s public meeting was effectively the start of Brighton’s Peoples Spring and residents are starting to call their elected officials to account.

However, I think the main purpose of tonight meeting was not to give resident a voice but to present a ‘fait au complit’ with regard to the councils preferred solution of how they deal with dysfunctional Local Action Teams.

“I’m not aware of Serendipity having any role in this meeting, but will double check and get back to you if I’m told otherwise.”

No reply was forthcoming, that came at the meeting later. I know nothing about Serendipity and will do my best to find out more about them in the coming days following an invitation from their representative present, but I am sure that many people who gave up their time last Friday to hold their public officials to account know little about Serendipity either. The politicians need to explain themselves and why they intend going along this road of community development steered by external consultants when the wider community spoke last Friday and decided a new way forward.

Sadly the council and local politicians have missed the boat on this one. The revolution happened last Friday. People are starting to take charge of their destiny and ultimately their futures.

The police have indicated they found last Friday’s meeting ‘positive and useful’ and will support the new LAT established last Friday.

The reasons that community development in Brighton & Hove is fractious and does not move forward are usually personality based. That is the case here and below the surface that raised its ugly head at todays meeting.

Its all about the personalities involved and ultimately the egos of those left on the sidelines.

Since last Fridays public meeting the organisers of the new LAT today issued the following update of what has been achieved in their first five days.

1) The council have agreed to new lighting in St James Street which they promise will be in place within 6 weeks. Trial drilling will start shortly.

2) Simon Kirby MP has written a letter to supermarkets asking them to be more community focused and responsible. This he agreed to do at last weeks meeting.

3) A meeting has been organised with a police inspector to discuss the selling of strong alcohol by shops in the area. This was discussed at last weeks meeting.

4) A clean up of the New Seine Mews has been organised. This was discussed at last weeks meeting.

5) A meeting has been organised with a police inspector to organise locking the gates of New Steine gates nightly by the police to deter drug dealers and street drinkers. This was discussed at last weeks meeting.

6) A meeting has been been organised to bring together the volunteers who put their names forward to be on the new LAT next week to elect a chair and committee.

Prior to this afternoons meeting I gave the local ward councillors an opportunity to list what they have done to:

• Make St James Street and the gay village safer for local residents?
• Represent their residents concerns in discussions with the police on safety issues asking for clarification of how and when this happens?

I said I was happy to print single statements or accept a joint statement. My deadline was 4pm this afternoon. No response was forthcoming.

For local democracy to be effective people have to take an interest in their community. For too long that has not been happening.  Maybe last Friday’s People Spring is the start. Only time will tell.