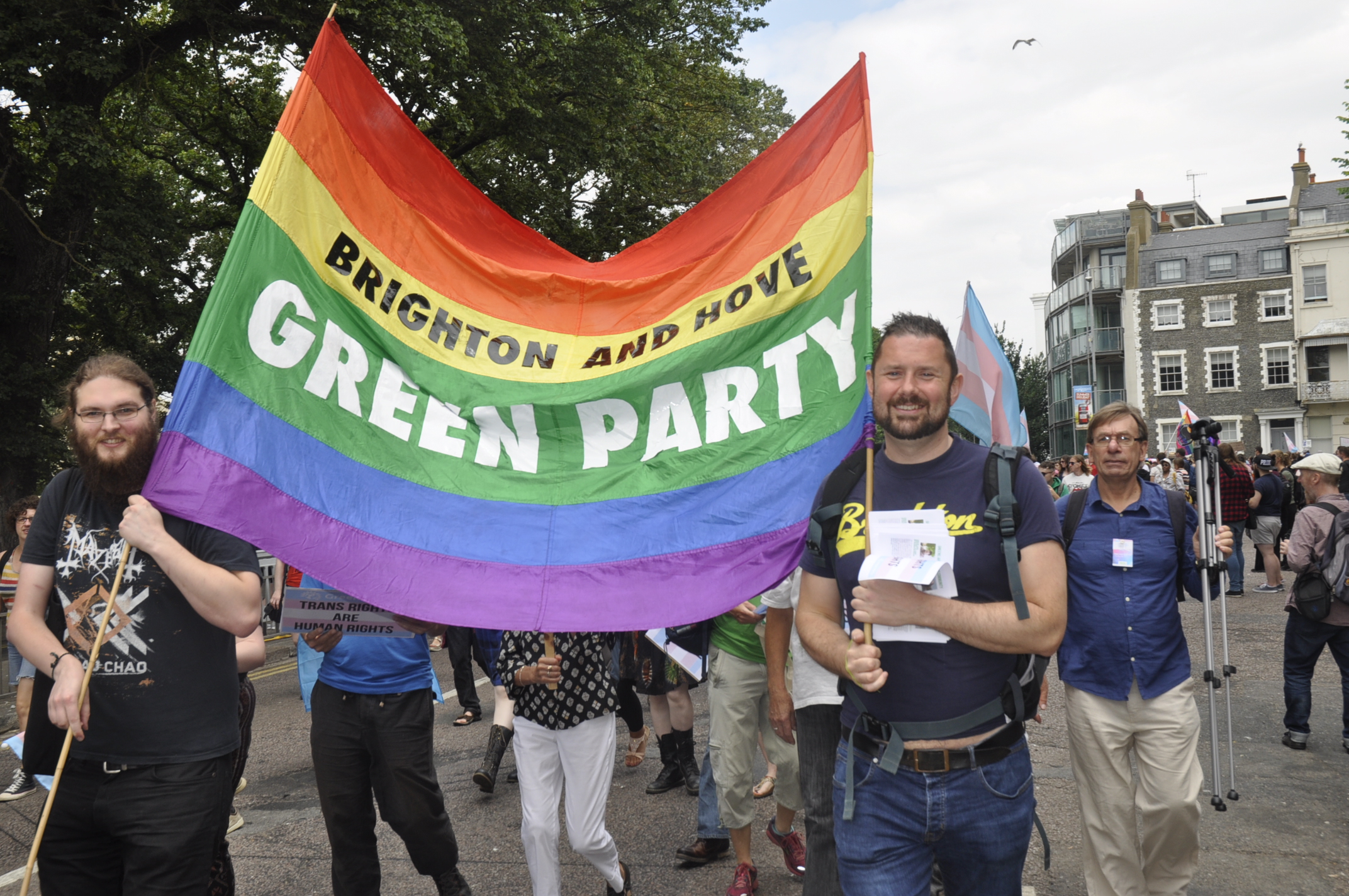 A recent report to the Council revealed trans hate crimes on the rise in Brighton & Hove.

Members of Brighton & Hove Green Party will join the Trans Pride March in Brighton tomorrow, Saturday July 20 which starts at The Marlborough at 11.30am.

Promoting equality and celebrating gender diversity, Trans Pride Brighton is now in its seventh year and the number of attendees has been growing year on year with over 2,500 people marching last year.

The Green Party will march in solidarity to demonstrate its continued support for trans people, and that Brighton & Hove will not tolerate messages of hate against the LGBT+ communities.

This follows a successful Green amendment for all councillors to have Trans Awareness Training, after a committee reported that trans hate crimes in the city are up 43%. Nationally, trans hate crime has also increased 81% in the last year.

Caroline Lucas MP for Brighton Pavilion will be speaking at the march, which ends with a festival in Brunswick Square.

Ms Lucas said: “It’s inspiring to watch support for this incredibly important event continue to grow, as it heads into its seventh year, and I’m so proud that Brighton and Hove is home to the first ever trans pride in the UK.

“Trans Pride is about celebrating all that’s been achieved by the Trans community worldwide, celebrating diversity and – crucially – demanding real equality. The Green Party will continue to challenge stigma and do everything possible to eliminate discrimination so that everyone can live in dignity and safety.”

Councillor Hannah Clare, Deputy Convenor of the Green Group of councillors, who will be attending the march, added: “With hate crime on the rise both in the city and nationally, we are proud to show our strong support to trans people across Brighton and Hove.

“Trans people still face a totally unacceptable level of discrimination, prejudice and ignorance and there’s still a lot of work to do if we are to achieve equality for trans people. We need to improve access to medical services and strengthen hate crime laws to tackle harassment.”

“We remain fully committed to making trans equality a reality and with the trans community we will push together for a fairer future.”