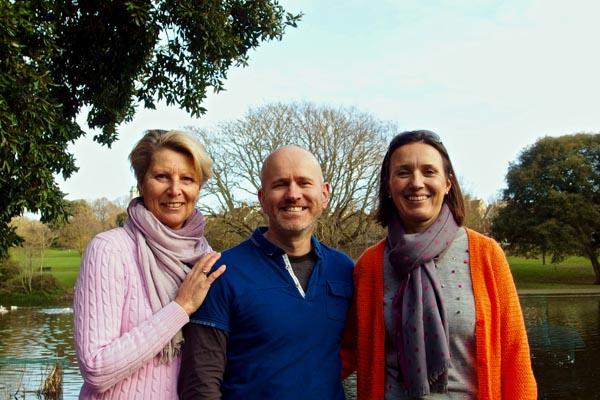 LUCY Agace said that Brighton is the most colourful, inclusive, friendly city on the English south coast; and there is nowhere else she would rather live.

She continued: “I love living by the sea and, over many years, it has inspired the work I do in sustainability and marine conservation. If elected as a Green Party councillor, I will have the chance to be at the heart of positive change towards a more environmentally friendly city and, with my fellow councillors, tackle local residents’ issues and be a strong voice for wider concerns.”

Martin Farley, who has long campaigned for affordable housing, lives in Brighton with his partner and their dog.

He said: “I am honoured to be selected for Queen’s Park and hope to continue the great work of previous Green councillors in this ward. I am committed to an inclusive, open-minded and positive approach to politics. And I am proud that Green councillors in Brighton & Hove have led the way in calling for a People’s Vote on Brexit.”

Clare Rainey works as a graphic designer specialising in the environmental sector and has lived in the Queen’s Park area of Brighton since 2002.

She said: “I am passionate about education, and improving our open spaces and city environment, and I am proud to be standing for a party that puts social and environmental justice first.”

Benedict Allbrooke, Chair of Brighton & Hove Green Party, said: “We are delighted to have such capable and experienced candidates standing for Queen’s Park.  The results in the last local election were very close and it will only take a small increase in votes to ensure Greens are elected this May.”

“In the May 2019 elections, Greens are united in standing up for a city that truly represents all its residents, and confident in our plans for a bigger, bolder, greener vision for Brighton & Hove.”