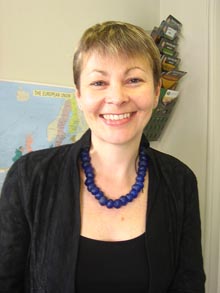 The Green Party in Brighton & Hove have announced their opposition to the ‘bedroom tax’ proposed by the Government, which would see those deemed to have one spare bedroom in a council or housing association home face paying £728 extra a year.

Brighton Pavilion MP, Caroline Lucas, has been in the forefront of opposition to the proposals in Parliament. Together with the Scottish National Party and Plaid Cymru, she has chosen the bedroom tax as the subject of an opposition day debate.

“The so-called bedroom tax legislation is not only morally wrong and a cause of great potential hardship, it is also unworkable in a city with a long waiting list for smaller properties. The Council cannot downsize households on the scale required by the Government, nor would we want it to, and we should not be prepared to evict hard-pressed families, the disabled and other vulnerable people purely because they are unable to pay this unjust levy on a home they either cannot or should not have to leave.”

Cllr Liz Wakefield, Chair of the Housing Committee, has said she hopes to bring proposals to the next housing committee on May 8.

“As Greens, we cannot throw people out onto the streets just because they’re unable to pay it. I will therefore be bringing proposals that seek to ensure no household will be evicted from a Brighton & Hove City Council owned home as a result of ‘spare room subsidy’ rent arrears accrued solely from that household’s inability to pay this unjust bedroom tax.”