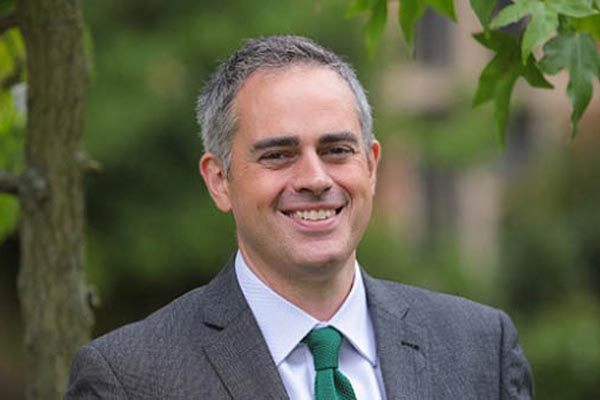 All NHS gender identity clinics (GIC) in the UK except one are failing to meet the 18-week referral target.

The letter, signed by Green LGBT+ spokesperson Aimee Challenor and co-leaders Jonathan Bartley and Caroline Lucas MP for Brighton Pavilion, asks Jeremy Hunt to explain what the Department of Health is doing to reduce waiting times and when it expects to meet the target.

The Green Party is highlighting the delays as part of Transgender Awareness Week which runs from November 13 to 17.

Bartley and Challenor visited the Department of Health at 3.30pm today (November 14) to hand in the letter.

Aimee Challenor said: “The extensive wait times for gender identity clinics have a devastating impact on trans people, who are already at much higher risk of mental health issues and self-harm.

“Nearly every single clinic is failing to meet the target, a year after it was introduced. One clinic has an average waiting time of 130 weeks, an enormous 112 weeks longer than the maximum referral time of 18 weeks.

“It’s unclear what the Department of Health is doing to reduce these delays and that’s why we’re here today – to demand answers from Jeremy Hunt and ensure he takes trans people’s needs seriously.”

The letter reads: “We write to you regarding the extraordinarily long waits faced by patients who need to see a clinician at one of the UK’s Gender Identity Clinics (GIC).

Last December, it was confirmed that the waiting lists for GICs are subject to the NHS-wide 18 week referral target. A year on, all GICs in the UK except for one are failing to meet that target, with some patients having to wait two and a half years before getting an appointment at a GIC.

Going through the process of transitioning within the NHS should empower rather than demean trans people – yet that’s not the case. Referral delays are having devastating effects on trans people.

Rates of self-harm and suicide attempts are significantly higher for trans people, especially those not receiving treatment. In September 2015, Dr John Dean, Chair of the NHS National Clinical Reference Group for Gender Identity Services told the House of Commons Women and Equalities Committee that “not treating people is not a neutral act – it will do harm”.

Trans people are far more likely to have contact with the mental health system, and are at much higher risk of mental health issues, self-harm and suicidal ideation, than cisgender and heterosexual people.

We would like to know what the Department of Health is doing to actively reduce waiting times and when it expects to meet the 18 week referral target.”