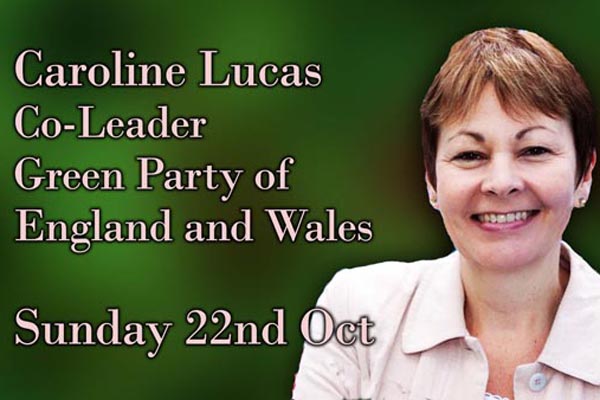 Caroline is known as a campaigner and writer on green economics, localisation, alternatives to globalisation, trade justice, and animal welfare.

She has worked with non-governmental organisations and think-tanks, including the Royal Society for the Prevention of Cruelty to Animals. the Campaign for Nuclear Disarmament and Oxfam. She remains a strong advocate for LGBT+ rights.

The Village MCC Brighton and Hove is a church created by LGBT+ christians, their families, friends, and allies, a Metropolitan Community Church called to support the LGBT+ communities in whatever ways it can offering a safe space where anyone can feel at home, fully affirmed in their sexuality and gender identity.

Church members are active in the larger community, offering emergency aid and support to the homeless and vulnerably housed.

Their minister, Rev. Michael Hydes, offers spiritual direction and pastoral care. You are welcome to join then for worship every Sunday evening.